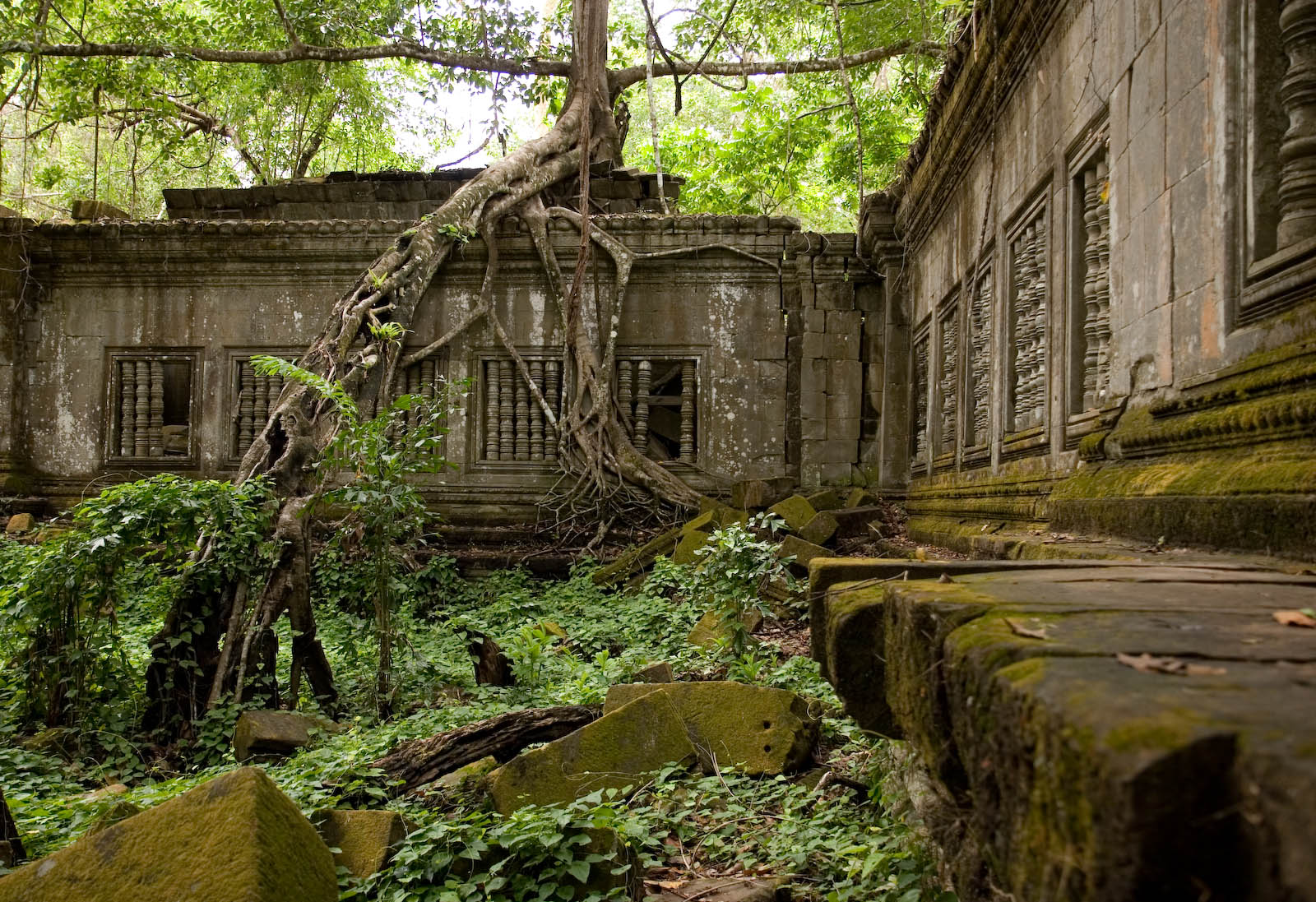 Using the latest remote-sensing technology (LIDAR), Dr. Damien Evans, director of the University of Sydney’s archaeological research center in Cambodia, and his team have found the ruins of an ancient city hidden for more than 1,000 years in the dense jungles of Cambodia. Known as Mahendraparvata, it pre-dates Angkor Wat by 350 years.

The Australian newspaper The Age reports that the group of archaeologists first found a collapsed temple and then:

” … hacked through … landmine-strewn jungle and waded through swollen rivers and bogs to discover the ruins of five other previously unrecorded temples and evidence of ancient canals, dykes and roads. …

“Guided by the GPS loaded with the lidar data, they stumbled across piles of ancient bricks. They found two temple sites where no carved rocks or ancient bricks could be found scattered nearby, indicating they have never been looted.”

Evans says it’s not yet known how large Mahendraparvata was because the Lidar search covered only a small, circumscribed area.

“Maybe what we are seeing was not the central part of the city, so there is a lot of work to be done to discover the extent of this civilization,” he told The Age.