Traveling along the Silk Road through Western China 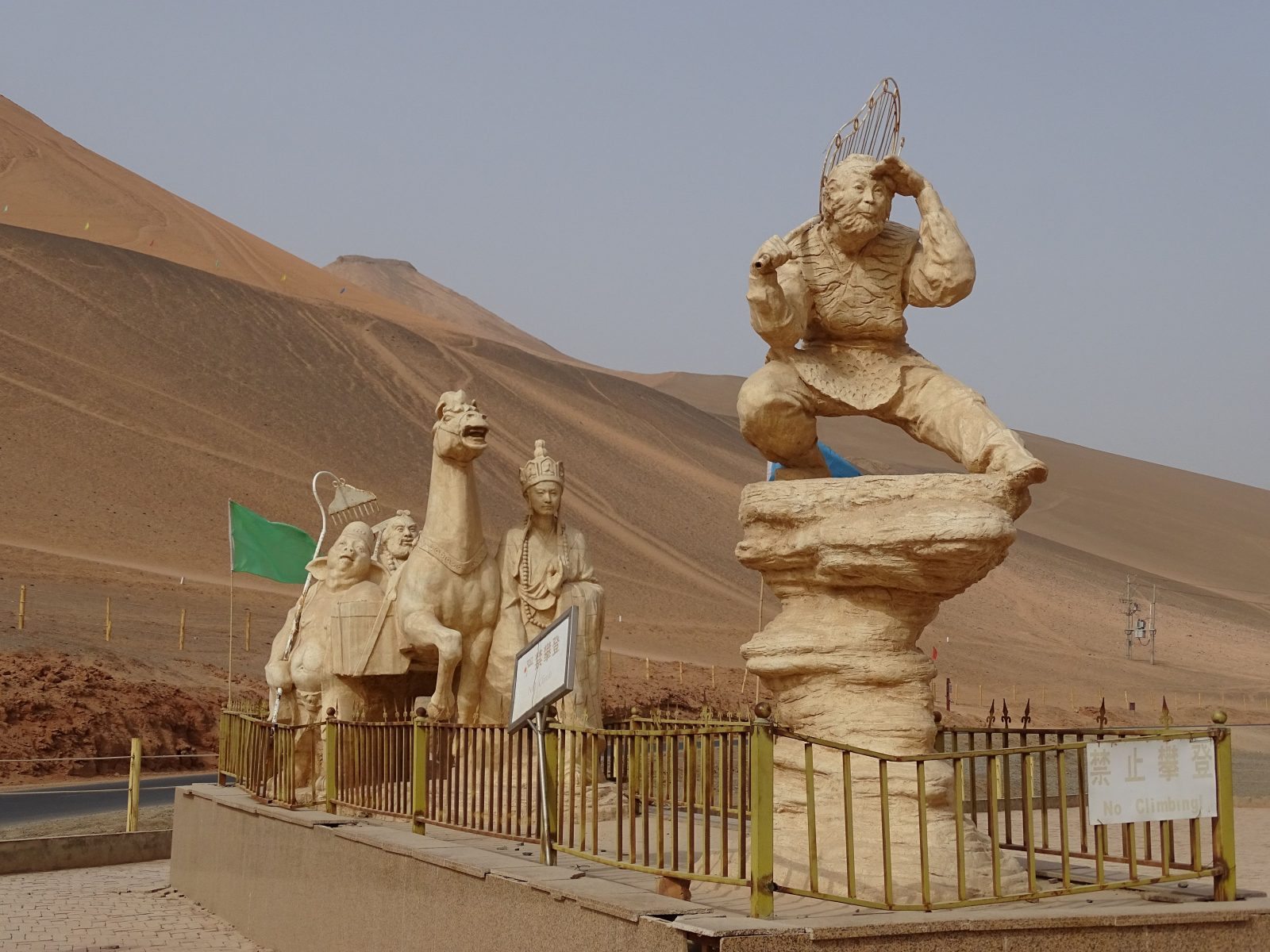 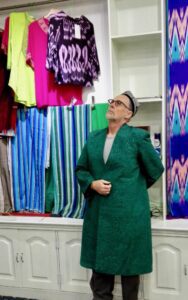 How long was your trip to China and where did you visit?

This trip was two and a half weeks long and went west from Xian following the original Silk/Tea/Jade road (Dunhuang, Turpan, Hotan, Kashgar, Kuqa, to name a few spots).

Why did you want to visit Western China’s Silk Road?

Thirty years ago my wife and I visited China from Xian to parts east.  But East is East and West isn’t.  Having seen a good deal of the Silk Road outside of China, I wanted to experience more great archaeological treasures in China: the Taklamakan Desert, and the Jade Gates at the west end of the Great Wall!  (BTW, it’s not made of jade, but the Jade River does yield mutton fat jade that sometimes approaches the per weight price of gold!) So this trip was perfect!

What did you consider the highlights of the China itinerary?

The Terra Cotta Army, certainly.  But the great Gandara/Buddist caves filled with Buddhist icons and holy writ preserved by the desert were amazing.  And the ancient underground water engineering of the Tarim Basin demonstrated how resourceful the earliest inhabitants were – they even grew wine grapes.

What was your most memorable moment of your trip to China?

The Beauty of Loulan, a red headed female mummy.  She is now is featured in the Urumqi museum. Her burial proved that this part of China has long been a place of cultural and economic exchange.  She lived 3,800 years ago and yet was found as recently as 1980.  And her warrior companion,the Charchan man, had fearsome facial tattoos. 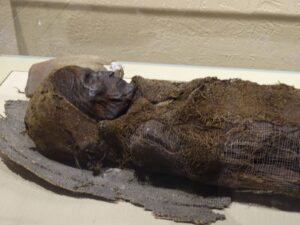 What did you learn from your study leader, Johan Elverskog?

Besides being a multilingual Dr. Dharma bum, he also has researched the histories of the peoples on the fringes of the Han empire.  This provided a depth to the understanding of the Turkic, Gandharan, and Uyghur peoples who enriched the history in this grand space of mountains, deserts and oasis.

Did you have the opportunity to interact with local people, and if so, what were your impressions?

We ate in Happy Family Restaurants, the Western Chinese version of farm to table.  We admired a centuries old silk production combine.  Within a family’s home we dined and were treated to nimble fingers strumming the dutar, a two stringed lute.  As a final treat: Uyghur folk dancers, instrumental ensemble and a comely roasted lamb bid us to watch the sunset over the Jiaohe Ruins, what was once an ancient Tocharian and later Tang city filled with Buddhist stupas.

What are some interesting things about Western China that people might not know?

This area was featured in the most popular historical Chinese novel, The Journey to the West. It was loosely based the true journey of Xuanzang, a Buddhist monk who in 629 started from Xian and walked more than 10,000 miles to the Tarim basin, across Afghanistan, Nepal, northern India and back to Xian in search of the earliest dharma records. It took 16 years and then he spent 20 some years translating it into Han, overseeing a team of scholar translators.   He went farther than Marco Polo or ibn Battuta and much earlier.  The Journey to the West was written nearly 1,000 years later, but it embellished the incredible scholarly journey with Chinese folk mythology.  Today the story has been recaptured on film, extended TV series, video games and the popular manga series Dragon Ball. 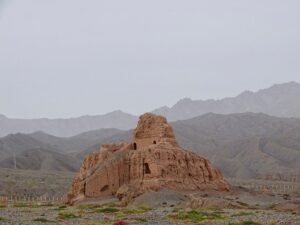 What was the most memorable life experience you brought home?

The kind attention of Wei Wu, our in country tour guide.  He was a great sport and is an autodidact. His self-taught English could handle American slang.  He continues to nurture his Chinese roots from how to find herbal medicine to how to finesse tricky airline connections.  One of the great benefits of Far Horizons: they pick the best people to be trip wranglers and scholars.  They give their guest a real view of their venues and they do it with grace.

What advice would you give to others who want to travel to Western China?

You don’t have to ride the camels, unless you must. 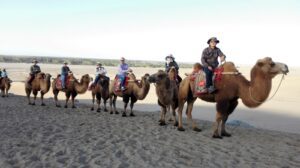 Travel with Far Horizons along the Silk Road in Western China, October 10 – 26, 2017.  Looking for another opportunity to travel with Professor Johan Elverskog?  He is leading our Central Asia’s Silk Road trip to Turkmenistan, Uzbekistan and Tajikistan, April 18 – May 5, 2018.