What Are the Most Fascinating Archaeological Sites in Asia? 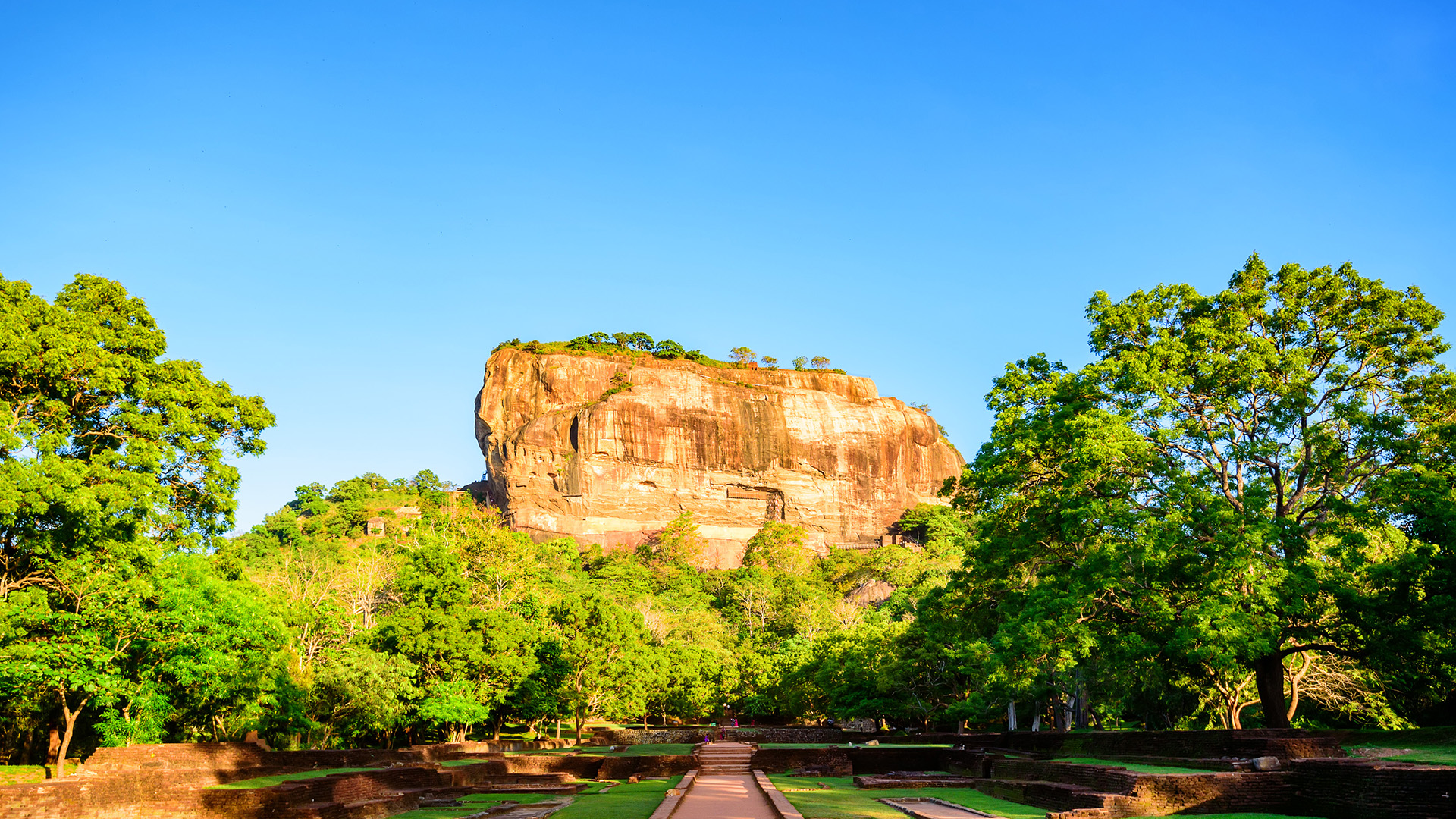 Are you looking to explore Asia’s archaeological sites but uncertain where to begin? With all of the vast continent to roam, it can be overwhelming to narrow down which countries to travel to on an educational tour. Today, we’ll be looking at four Asian countries and their most fascinating archaeological sites.

Starting with the largest religious monument in the world, Angkor Wat in Cambodia, we’ll cross the border into Laos, before virtually visiting the sites of Sri Lanka and Indonesia. While there are plenty more riveting monuments in Asia, these five sites are must-sees for any intrepid explorer.

At Far Horizons, we specialize in upscale, educational tours around the world with intimate groups of 14 people. As with all of our tours, the following Asia Travel Tours are led by a renowned academic who will guide you through the wonders of each Asian country.

If you would like to extend your archaeological Asian adventure by adding other sites to your trip, please get in touch. Our friendly team of experts is always available to help curate custom travel tours to make your vacation informative and unforgettable.

The first fascinating archaeological site on our list is the brilliant Angkor Wat, the most famous temple in Cambodia (and even features on the country’s flag!). As the largest religious monument in the world, the temple complex was built in the 12th century by King Suryavarman II as a Hindu temple dedicated to the god Vishnu.

Angkor Wat was converted into a Buddhist temple at the end of the 12th century and is a great example of Khmer temple architecture, including galleried temples and the tiered temple mountain structure. The galleries contain the longest continuous bas-relief in the world, depicting an earthly model of the cosmic world with several devatas (deities) adorning the walls.

Travel through the dense jungle and visit the magnificent Angkor Wat, Cambodia’s newest UNESCO World Heritage Site, Preah Vihear, and more on our Cambodia and Laos Tour. Led by Dr. Damian Evans, this 17-day tour takes off in March and is an ideal way to explore these renowned sites with minimal crowds.

If you are interested in Cambodian history and have also wanted to explore the capital city of Phnom Penh, this tour takes in the best of the country, with a visit to the National Museum, Cambodia’s opulent Royal Palace, and the Silver Pagoda ⁠— home of a priceless emerald Buddha.

Luang Prabang, Laos is an Intriguing Historic Capital in Asia

Crossing the border from Cambodia to Laos, the cultural adventure continues with two of the country’s must-see sights. Here, you’ll be able to explore the capital city of Vientiane and discover the UNESCO World Heritage City of Luang Prabang.

Luang Prabang was the former royal capital of Laos and this picturesque city is home to Wat Wisunalat — the oldest Buddhist temple in Luang Prabang, founded in 1512. You can also visit Wat Xieng Thong, the area’s most well-known monastery, and see the stunning ‘tree of life’ mosaic on its exterior western wall.

Our Cambodia and Laos Tour includes guided visits to these fascinating archaeological sites, as well as traveling along the impressive Mekong River by longboat to experience the ancient meditation caves of Pak Ou. Located 15 miles north of Luang Prabang, these natural caves have long been an important religious site as you’ll see from the large collection of Buddhas.

Archipelagic Indonesia comprises 17,500 islands so it is understandable that it has a diverse archaeological history! Head to Java and visit Jakarta, Indonesia’s capital, to discover the sweeping megalithic site of Gunung Padang and the UNESCO World Heritage Sites of Prambanan and Borobudur.

Borobudur Temple is the largest single Buddhist temple in the world and its construction dates back to the 8th century. Explore this grand sanctuary and its layered architecture, taking in the open hallways that are embellished with carved bas-reliefs.

These images detail the phases of the soul’s progression towards redemption and scenes from the Buddha’s life. If stretched end-to-end, these carved panels would be almost three miles long! 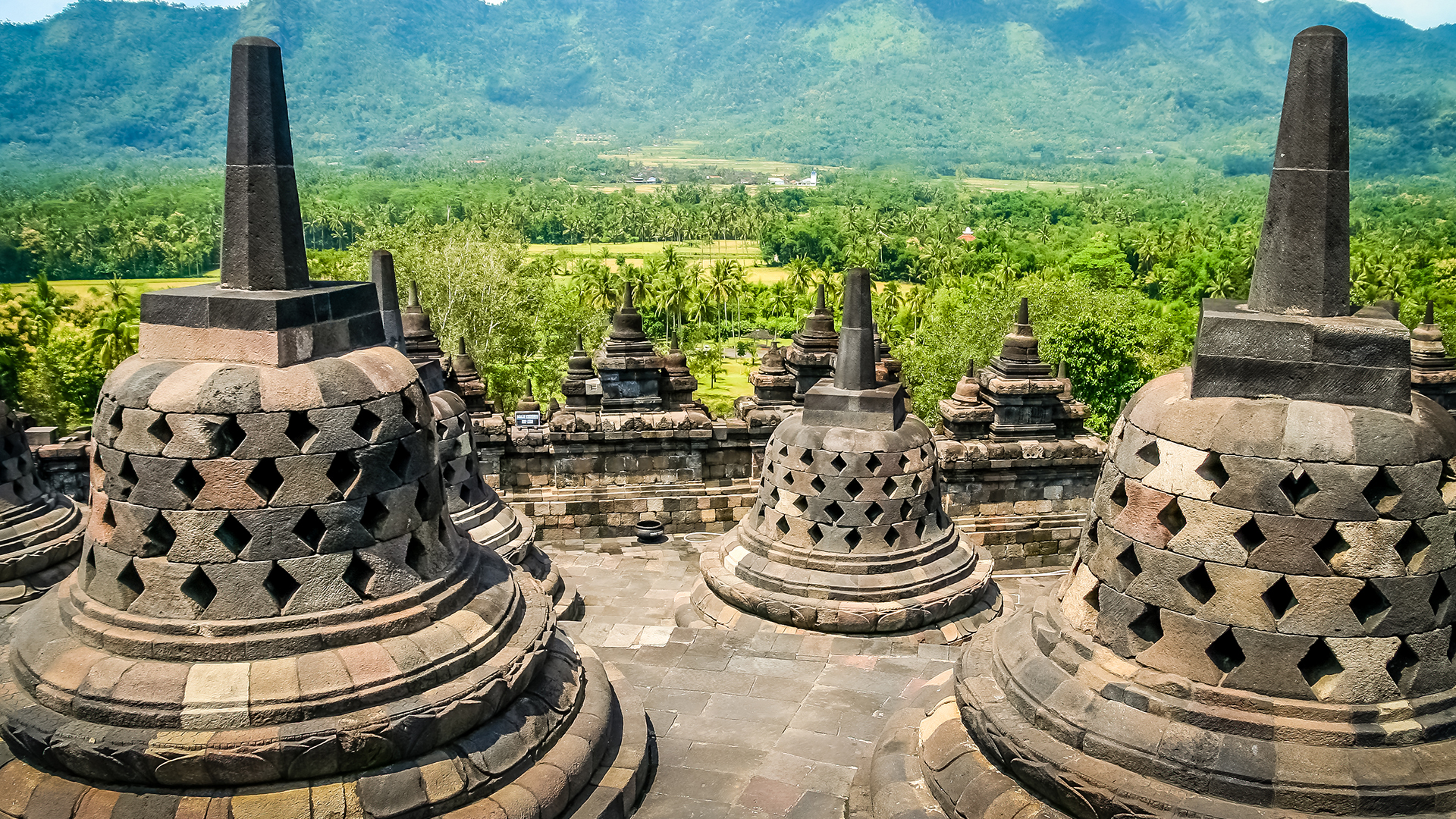 The other UNESCO World Heritage site of Prambanan was built in the 10th century and is the largest sanctuary compound dedicated to Shiva in Indonesia. Marvel at the complex’s 224 temples, contained within the wider architectural design of three concentric squares.

Three of these temples are dedicated to the Hindu divinities Shiva, Vishnu, and Brahma, and feature carved reliefs illustrating the epic of the Ramayana. 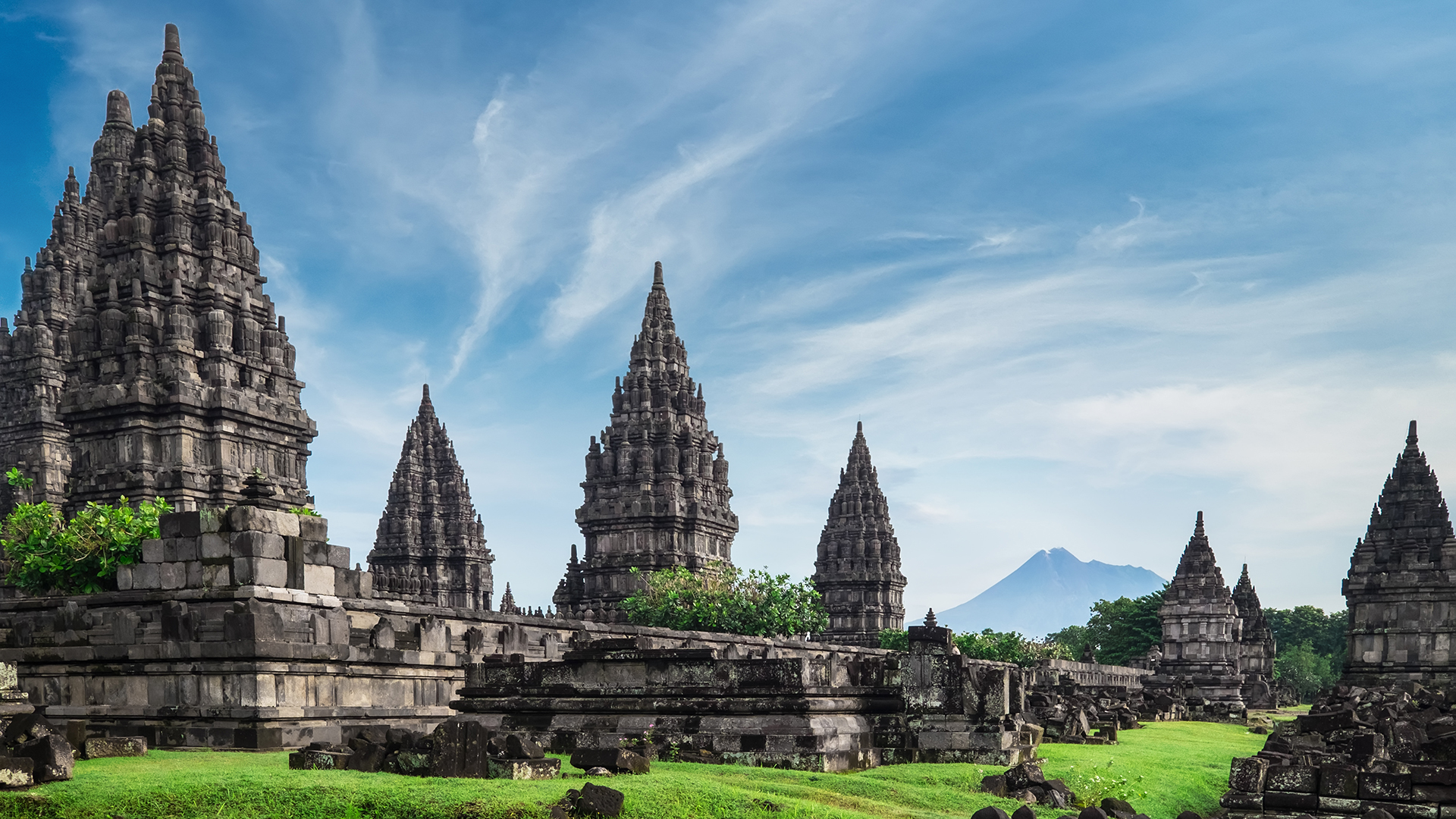 Explore all of this and many more UNESCO World Heritage Sites on our 19-day Indonesia Tour: Java, Sulawesi & Bali. Led by award-winning Professor Eric Tagliacozzo, this trip will show you the archaeological wonders of Indonesia and gives you five days to unwind in idyllic Bali.

Anuradhapura in Sri Lanka is a Sacred Archaeological Asian Site

Sri Lanka is home to six UNESCO World Heritage Sites, the gem of which is Anuradhapura. Established in the 3rd century around a cutting from the Buddha’s fig tree or ‘tree of enlightenment’, this city was once a Ceylonese religious and political capital that thrived for 1,300 years.

Surrounded by dense jungle and verdant scenery, Anuradhapura comprises eight major palaces, monasteries, and monuments in addition to the sacred tree. Nearby, you can climb the epic mountain peak of Mihintale, where the monk Mahinda met King Devanampiyatissa to introduce Buddhism in Sri Lanka. The beautiful views are worth the climb!

Explore this sacred city, the cave complex of Dambulla, and the medieval capital of Polonnaruwa on Far Horizons’ Sri Lanka Tour: Resplendent Land. Our expansive tour also includes time to explore Colombo, Sri Lanka’s capital, and the many artifacts in the National Museum. 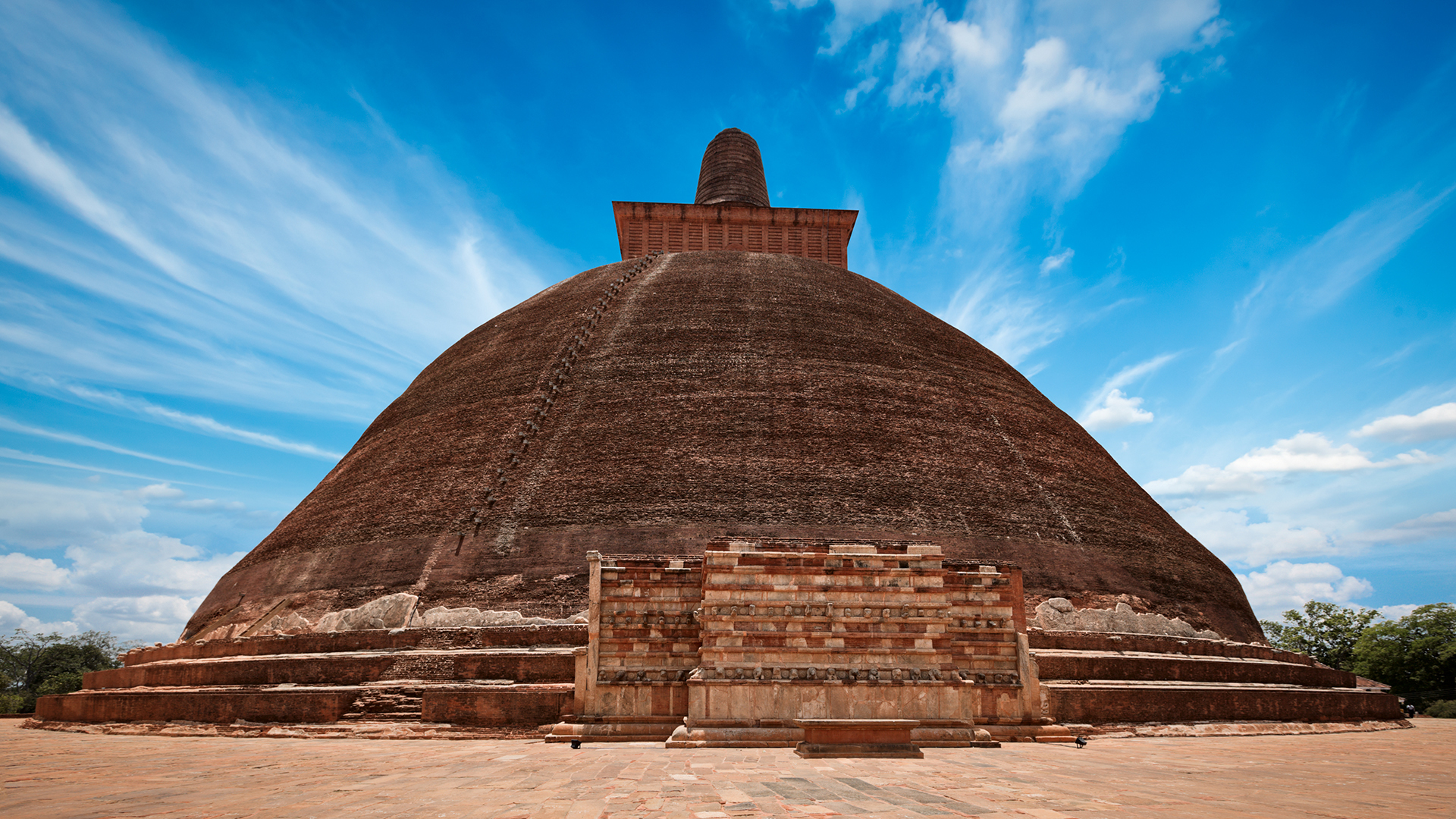 Sigiriya, Sri Lanka is a Palatial Place to Visit for Asian Archaeology

The UNESCO World Heritage Site of Sigiriya is a fortified palace that covers the summit of a 1,000-foot-tall granite peak that dominates the surrounding forested countryside. Access this epic site through the mouth of a gigantic brick-and-plaster lion and the several galleries and staircases that emerge from its mouth.

The impressive upper palace is perched on the flat top of the rock and contains artificial cisterns that have retained water since being built in the 5th century! The mid-level terrace includes extraordinary frescoes and the impressive Lion Gate. The lower palace is chiseled into the slopes below with beautiful moats, walls, and gardens encircling the rock’s base.

That brings our list of fascinating archaeological sites to a close, but we hope you feel inspired to start planning your adventure to Asia to uncover the sites above and more! Whether you’re looking to explore countries in the north or south east of Asia, we have plenty of Asia Travel Tours for you to check out.

If you are looking to visit an archaeological site that is not listed here, contact us to discuss our custom tour options. The team at Far Horizons is here to help make your trip as easy as possible. We will take care of the details, while you are free to enjoy soaking up Asia’s rich history.