Holmul was controlled by the Snake Kingdom? 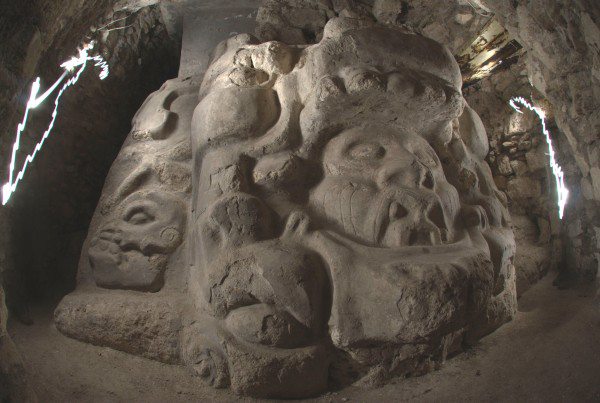 A gigantic stucco frieze was recently discovered during excavations of a building at Holmul, a ceremonial center in the northeastern Peten of Guatemala. Measuring 26 feet by 7 feet, and still containing traces of red, blue, green, and yellow pigment, deified rulers are prominently displayed in that is one of the best preserved Maya façades ever found.  The section of the temple where the panel was found dates back to about A.D. 590, which was during the Maya classical era when the area was dominated by power struggles between two major Maya dynasties – Tikal and the Kaan (or Snake) family, centered in Calakmul.  And an inscription reveals that the temple was commissioned by a ruler of nearby Naranjo, which archaeologists know from other discoveries was a vassal city of the Snake Kingdom. Travel with Far Horizons to see Holmul on In the Path of the Snake Kingdom!