The Most Important Archaeological Sites in Greece 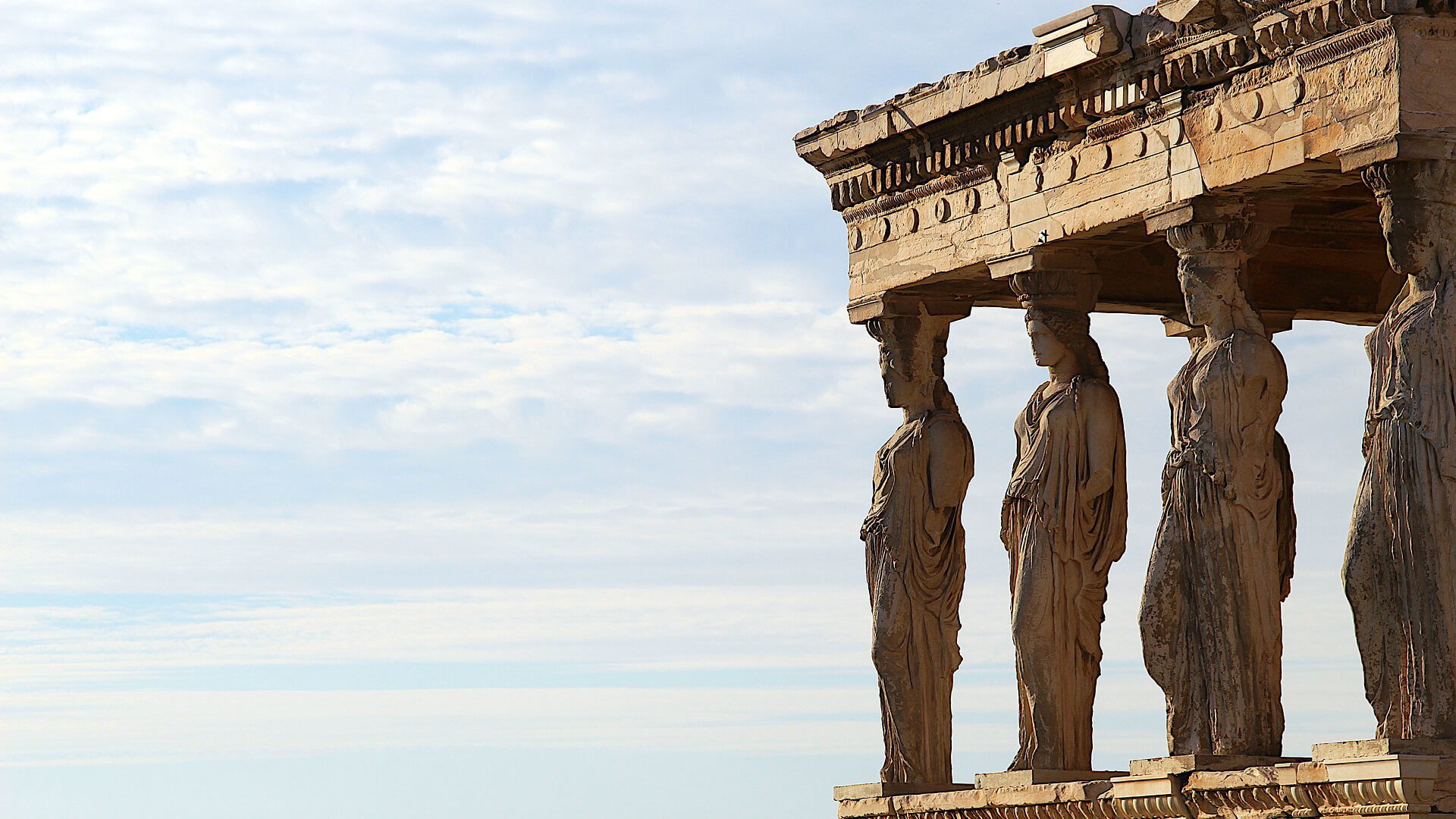 For many interested in archaeology, Greece is the ultimate destination. Ancient Greece is rightfully renowned for its rich history, its fascinating wars, and its contribution to art, philosophy, and architecture.

All of this makes it hard to narrow down a list of the most important archaeological sites. But this is the challenge we’ve set ourselves today.

With this article, we hope to inspire some readers to choose one of our Greek tours, all of which can be found in our range of Archaeological Tours of Europe.

If you would like to book one of our Greek tours led by an academic tour guide and you have a few questions, please don’t hesitate to get in touch. We’re more than happy to answer any questions you may have.

Any superlative list like this will be biased. Of course, the team here at Far Horizons has considerable expertise, but the property of ‘most important’ is inherently subjective. What is important for us may not be as important for you, or for someone else.

Delphi – The Home of Apollo 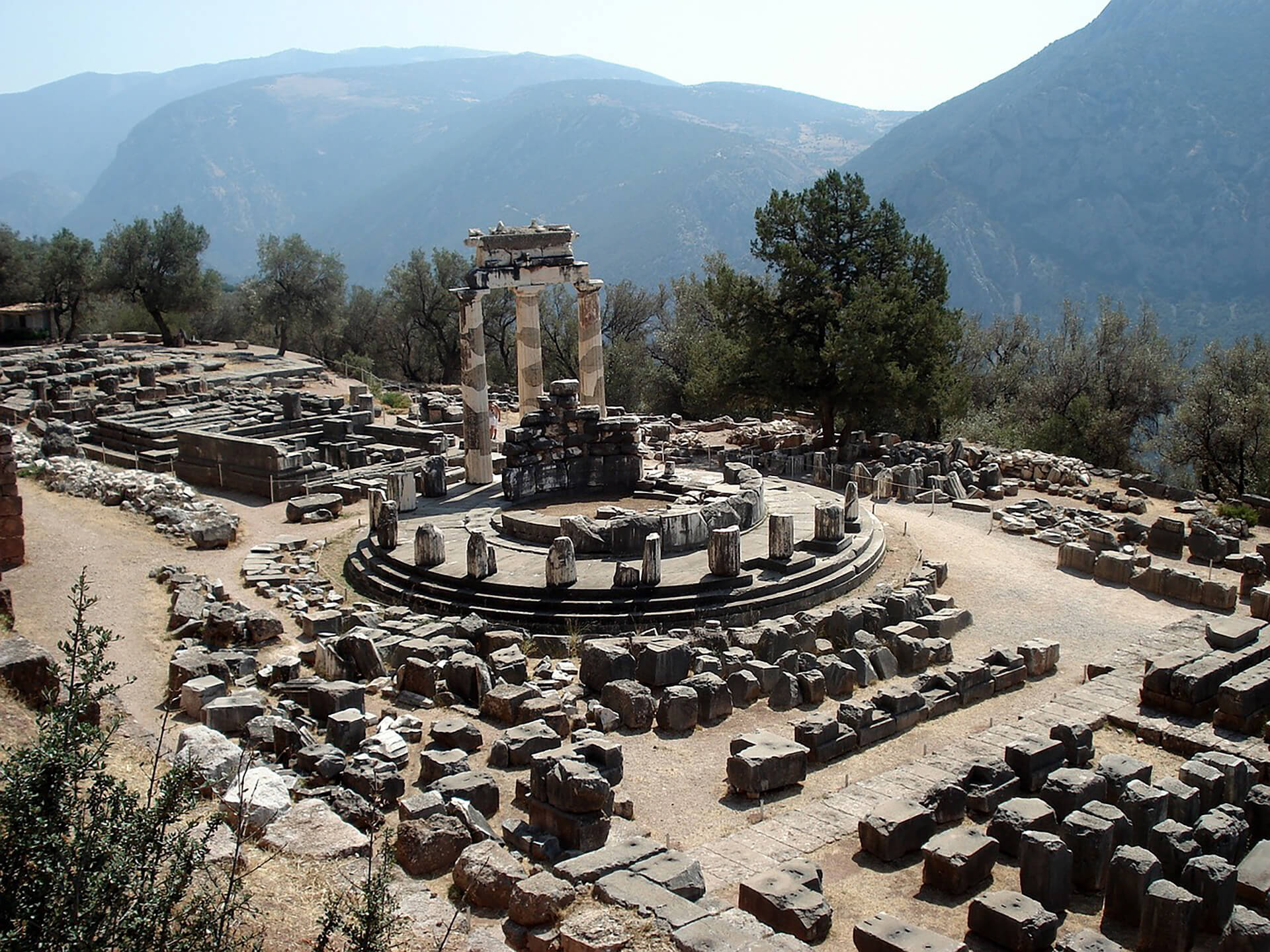 The ruins at Delphi were an obvious pick for this list of important Greek sites. Why? Because Delphi — and the Delphic Oracle — was one of the most important seats of power in ancient Greece.

The oracle was believed to speak with Apollo, offering prophecies that changed the course of wars and guided nations’ development. The ancient Greeks believed in the power of the Delphic Oracle, and this meant that her prophecies held great sway.
But why is Delphi an important archaeological site? Because there is so much to see and study at this UNESCO World Heritage Site that you could spend a day here and only scratch the surface.

On our Archaeology of Greece Tour, we spend an entire day in Delphi, uncovering its stories and mysteries. There is the New Temple of Athena, which was constructed in around 360 BC, there is the Tholos — a 4th century BC rotunda — and there are countless other important ruins to investigate.

You can even visit the Castalian Spring, where visitors to Delphi were expected to purify themselves. For many, the highlight is the Sanctuary of Apollo, considered one of the finest theaters of the ancient Greek world.

The Island of Naxos

Perhaps it’s a bit of a cheat to put the entire island of Naxos in this article, but if you’re making the journey here, then you might as well see everything worth seeing!

Naxos is a treasure trove of archaeological sites, with the bulk of its treasures dating between the Bronze Age and the Venetian era.

Legends about the island say that it was the spot where Odysseus left Ariadne, the daughter of King Minos of Crete, and that the God Dionysus fell in love with her. But let’s look at the archaeological ruins of Naxos, which tell their own stories…

Sanctuary of Dionysus and Demeter

The Sanctuary of Dionysus and Demeter in Naxos contains remains of Dionysus’ cult. The marble remains of this sanctuary date back to the 6th century BC and it is considered to be architectural inspiration for the Parthenon, arguably the most famous building from ancient Greece.

The Church of Panagia Drosiani

Inside the church, you’ll find a series of chapels decorated with detailed murals. The church’s original church dome is also adorned with 7th century frescoes.

Temple to Demeter, Near Sangri 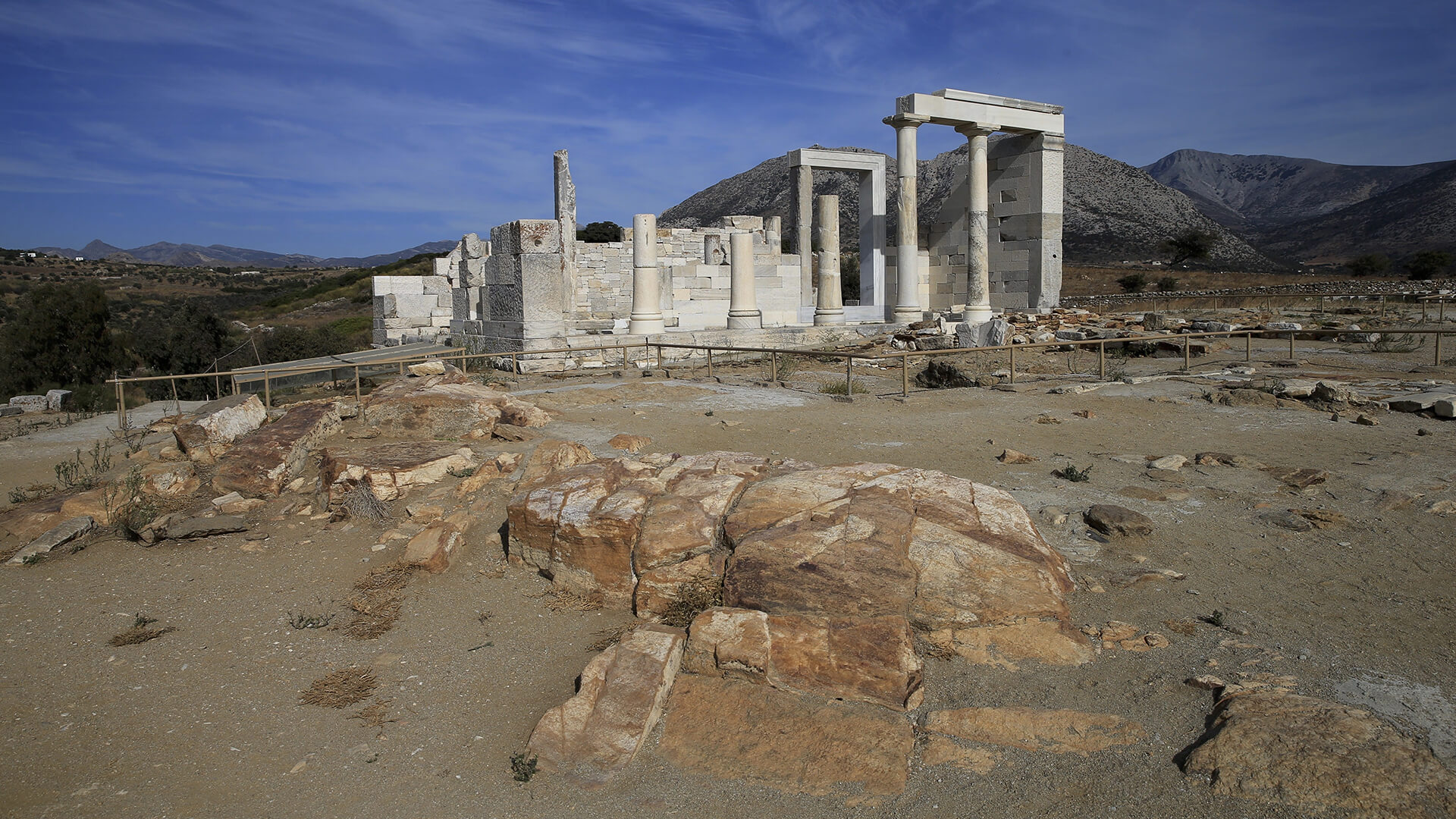 The City of Athens

Athens is best when taken as an entire city, with countless treasures to uncover. There is far too much to cover in this article, so we’ll just discuss our favorites. 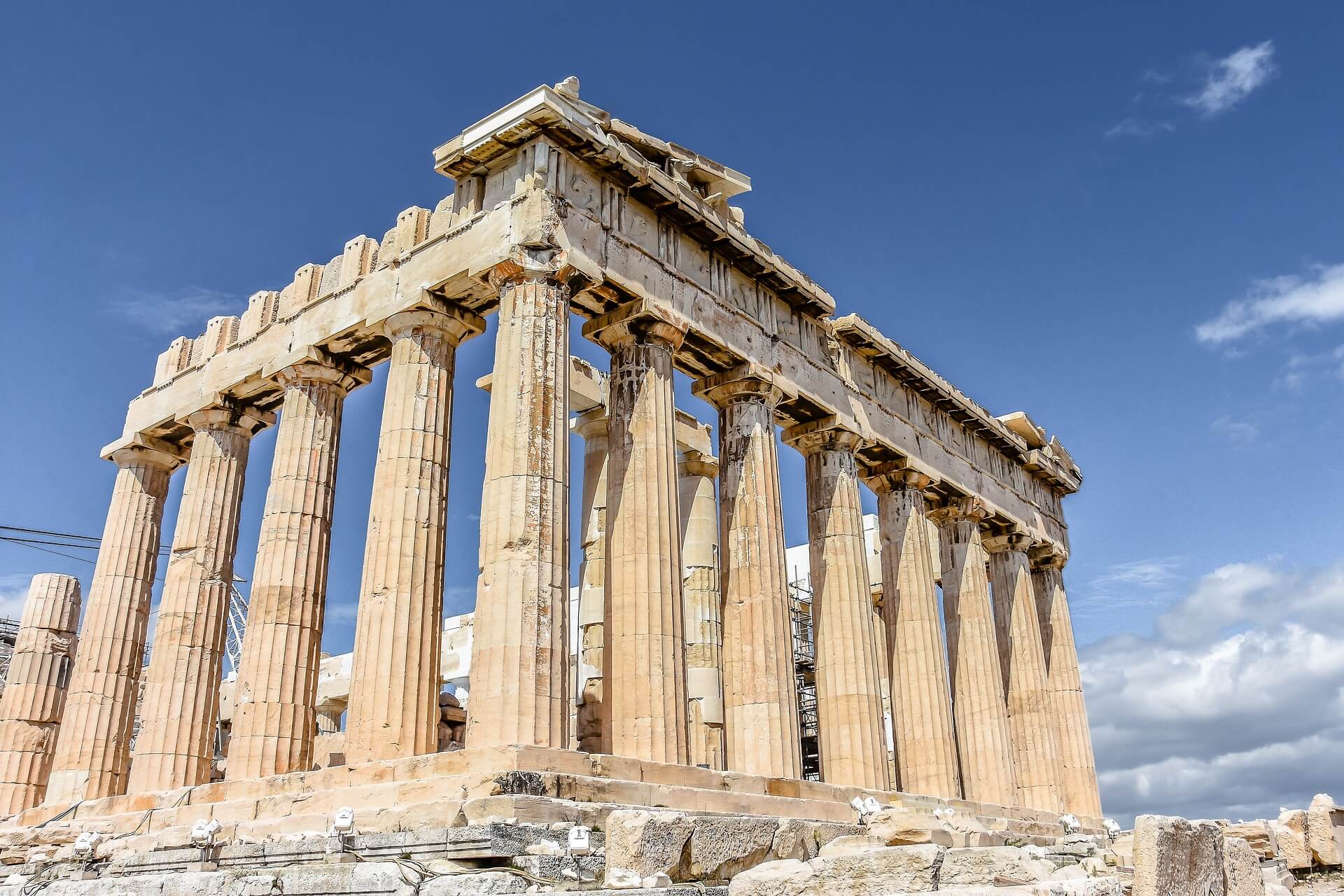 If you’re serious about seeing the most important archaeological sites in Greece, then you probably already have the Parthenon right at the top of your list.

We assure you, the Parthenon is definitely deserving of the hype. This temple to Athena (the namesake of Athens) was built in the 5th century BC and it remains in remarkable condition today — especially given its ill-treatment over the years as it has been partially destroyed at times throughout history.

Other than the Parthenon’s beautiful design, its place on the Acropolis, overlooking the city, helps it stand out from all other Athenian buildings, ruins, and monuments. For miles in every direction, you can look up at the Parthenon. At night, you see it lit up. Imagine what it would have looked like 2,400 years ago!

Also on the Acropolis, you’ll find the Temple of Athena Nike, which was built to commemorate Athens’ momentous victory over the Persian Empire. Built in approximately 420 BC, this temple has remained in remarkable condition.

The temple is the first completely Ionic structure on the Acropolis, and it features both Athena and Nike joined together. Nike was the goddess of victory in Greek mythology, and Athena is represented here in Nike’s form.

These goddesses, joined together, were what the Athenian citizens worshiped during the Peloponnesian War. Anyone who has read about this war will understand how this ended.

You can find the Erechtheion on the part of the Acropolis that was considered most sacred in ancient times. Here, it was said that Poseiden left his trident marks on a rock and Athena planted an olive tree.

On the south side of the Erechtheion, you can see the Porch of the Caryatids; this is where they famously used carved statues of women instead of columns. These columns are in remarkable condition when you consider that they were built in 406 BC.

This incredible museum is well worth visiting as it houses the majority of the works of art that were found on the Acropolis. You can spend hours here, observing many of the finest examples of ancient Greek art. Take a look at the website to find out more about it.

There is much more we could say about all of the important archaeological sites in Greece. However, we hope this short guide has inspired and informed you. If you’d like to ask us any questions about our tours, please feel free to contact us.

Your great Greek adventure could be just a few clicks away!