Voyaging Through History along the Western Coast of Turkey 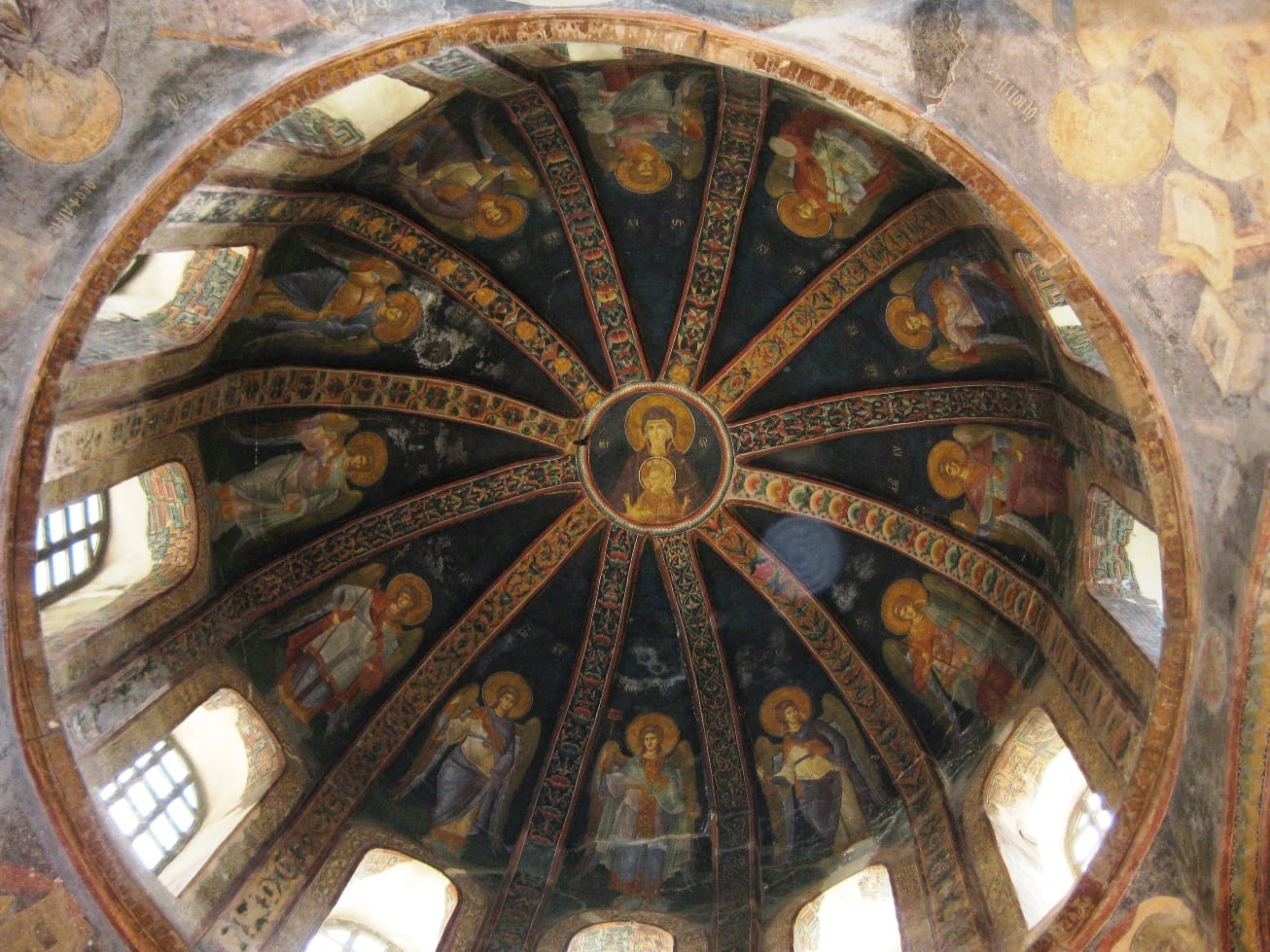 The Lost Secrets of Ottoman Cuisine

On the last day of our Far Horizons trip, we visited the Church of St. Saviour in Chora, which is one of the most exquisite of all Byzantine churches. It is decorated with mosaics and frescoes from the century before the fall of Constantinople, depicting the Life of the Virgin and the Life of Christ. Scholars tend to see Italian influences in these lovely images; they aren’t stiff and stylized like so much Byzantine art, but instead are moving and personal, almost sentimental. My favorite is, perhaps, the mosaic showing the first steps of the Virgin Mary: she’s a tiny little girl (only six months old, according to tradition) but already very dignified and confident, walking all by herself away from her mother’s hands. It’s perfectly familiar—I have three friends with toddler babies at the moment—and yet wonderfully strange, set against a backdrop of the Holy Land as imagined by a 14th century Byzantine artist, all strange perspectives and garden walls.

Ottoman food turns out to be wonderfully strange as well. The Ottoman Empire, at its apogee, encompassed Egypt, Iran, Iraq, Syria and the Balkans as well as present day Turkey. The master chefs who catered to the whims of the rulers of this empire could thus draw on a wide range of ingredients and techniques. They were famous for their inventiveness and skill, and also for keeping their recipes secret, so that no lesser person might eat what the Sultan ate. Almost next door to St Saviour, in a beautiful green garden with high walls and trellises, there is a restaurant that specializes in rediscovering the lost recipes of the Ottoman chefs. They have re-invented dishes based upon cookbooks from the 15th, 16th and 17th centuries discovered in remote archives, all listed in the menu with the century next to the name of the dish.

There we ate lamb cooked in an earthenware pot with dried apricots and coriander; grape leaves stuffed with minced meat and rice and sour cherries; chicken cooked in honey; squid stuffed with a filling of couscous and cinnamon; and we had tiny glasses of tamarind sherbet to drink (an Ottoman favorite, not like ice-cream at all but rather like very cold sweet fruit juice), along with glasses of cold white wine from Cappadocia. Everything was exotic and subtle and delicious, nothing like any cuisine I’ve ever tasted. I thought about those later Ottoman sultans, prisoners of their own viziers in the great palace of Topkapi, with their stables of gorgeous Arab horses, their harem full of beautiful women, their painted walls and their stunning jewels, their pleasure gardens and their chefs… decadent, perhaps, but not such a bad life.

Our boat is a ninety-foot gület, two-masted and fairly broad beamed, designed for coastal sailing. There are eight cabins for guests, six forward and two aft, in addition to a bunk room right up in the prow of the ship for the crew and the captain’s cabin across from the galley. Inside, the ship is entirely wood paneled and has made to order Turkish carpets that announce its name: Arif Kaptan C, for the father of the present owner, Hussein. The present Captain is inscrutably friendly. Utgur, who is 21, is graceful, at least half-cat and apparently capable of teleportation, is the person you shout for whenever you need something (a kayak; a drink; to have the sails hoisted); and for twenty years, Mustafa has been the cook on this ship.

We are on board for nine days, and for almost every one of those days, Mustafa produces three meals, plus
tea. Breakfast is cucumber and tomato and Turkish cheese and some kind of egg (scrambled or fried) and sublime peaches, skinned before they come to the table. Lunch is various; today, we had köfte, little Turkish meatballs beautifully spiced, roasted zucchini and eggplant, a huge green salad with tomatoes and lettuce and shreds of purple cabbage and lots of dill, and beautiful pasta, just lightly sauced with tomato and olive oil. Dinners are even more elaborate. We start with the mezes: esme, spicy tomato smoodge that you eat on bread, patliçan salat, which is garlicky smoky eggplant mash, cacik, like Greek tzatziki but with a mysterious green leafy thing in it instead of cucumber, and if we’re very lucky, also sigarete börek, long tubes of pastry filled with soft cheese, or the divine zucchini fritters. The challenge is not to go into food coma before the main course comes to the table. It’s usually quite simple, after all those varied entrées. One night, each one of us got a whole sea bream, caught fresh that day and then grilled over a tiny hibachi at the front of the ship. Or it might be roast chicken, or lamb chops and grilled vegetables. Dessert comes last: fresh fruit usually (cherries and apricots and melon) but sometimes also halvah, which I personally don’t care for, but which sends others into raptures.

In the photo, you can see how beautiful Mustafa’s meals are, and this is all the more remarkable as he has no formal training. What you can’t see is the size of his kitchen; it can’t possibly be more than 6 feet by 6 feet, and it’s often a day’s sail away from anything resembling a village shop let alone a supermarket, and yet out of it comes some of the most extraordinary food I’ve ever eaten.

Maybe I’ll miss Mustafa most of all; no one else has ever peeled my peaches for me. Travel with Far Horizons to Western Turkey!

4 middle-sized zucchini, peeled
3 smallish onions
Grate the zucchini and the onion together. Then add two eggs and enough flour to make a stiff batter, along with 2 tsp of baking powder. I think he put in about a cup or so of flour, but since Mustafa (predictably) measures nothing but does it all by feel, it was hard to tell. Add 2 tsp of dried mint and about the same of red pepper and salt.
Shape this into patties and fry (deep frying isn’t necessary) in some fairly light oil (not olive oil—the taste would be too heavy) until they are golden.
I have had the chance to try this since getting back to France. Mine were not up to Mustafa’s standards, but they were pretty damn good. I served them to my nephew Tim and his girlfriend, and not a one was left over. I’ll work on perfecting my technique.