The Moai and I 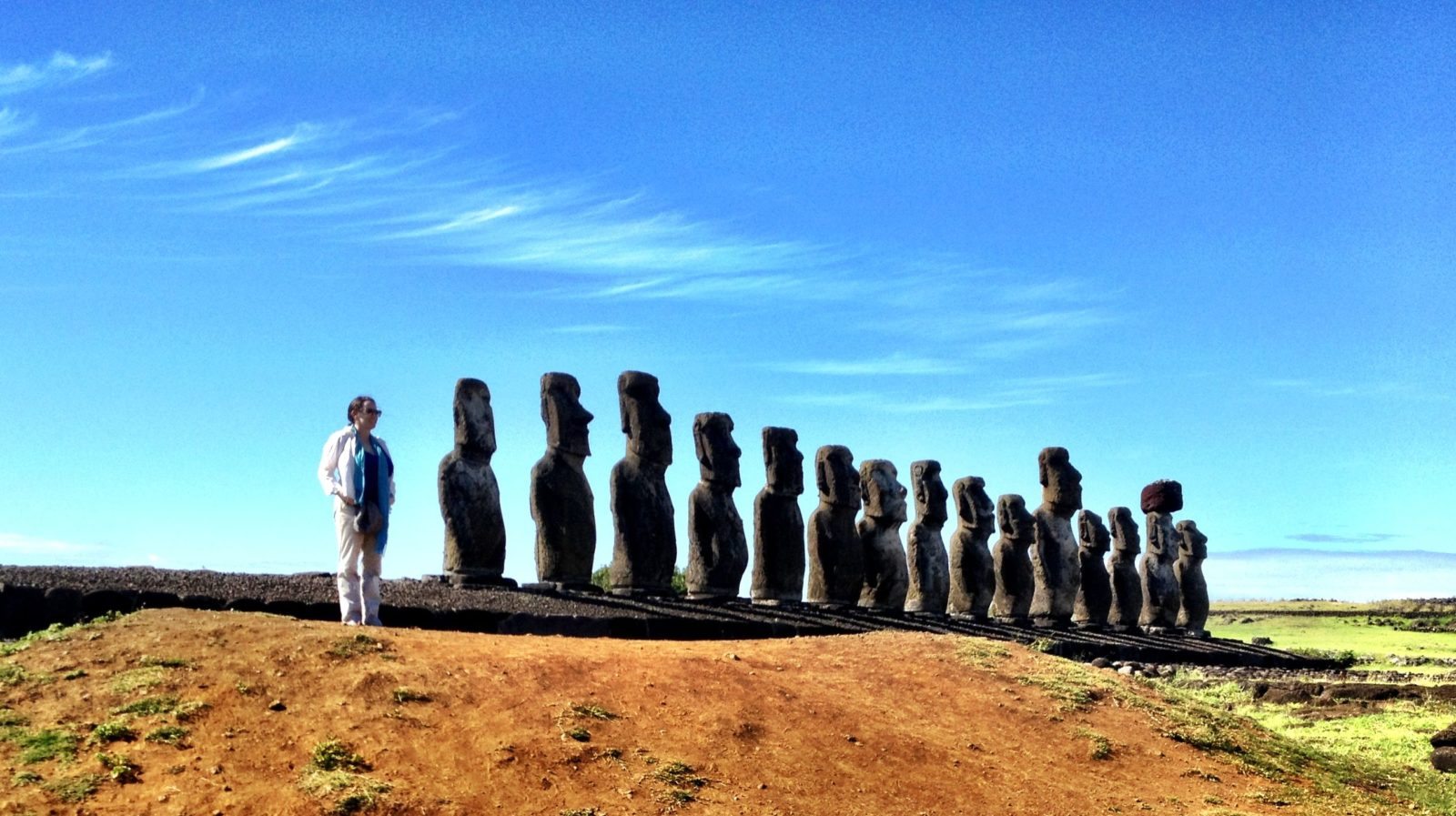 Easter Island is the epitome of an island paradise.  The varying hues of green lands and bright blue ocean waters, punctuated by dirt-red stone (red scoria, used for the moai topknots) make for a visual delight, almost like looking at a perfectly composed painting.  In the village of Hanga Roa, where we’ve made our home since arriving, the few streets are lined with fragrant gardens of tropical plants and bright flowers, easily picked and used as an alluring hair decoration (only for the ladies!).  And, because we are here during the Tapati Festival, the Rapanui musical sounds of ukulele and soothing song constantly resonate in the background as a soundtrack to our journey.

Every day, a new adventure awaits us.  Now adjusted to the more lackadaisical pace of the island, we depart the hotel at a ‘civilized’ hour in search of ever more moai to gaze upon in awe.  Though all stops present endless picturesque photo opportunities, for me Ahu Tongariki is the most stunning.  Located on the southwestern corner of the island with Rano Raraku volcano/quarry looming in the background, it is the largest ahu on the island with fifteen moai statues restored.  Being the only group on site – which has become the norm for us spoiled tourists – only adds to our appreciation of the statues’ grandeur.  Wild horses graze on the plains here and just behind them one can see the moai heads frozen on the slope of Rano Raraku, watching over us and the goings on, as they have done for centuries. Upon our guide’s insistence, I stand in emulation of these rock statues at just the right angle, so I could be immortalized as the sixteen moai at Tongariki.  The best souvenir of the trip!

Back in Hanga Roa, we retreat to our charming rooms at Hotel O’tai for an afternoon respite.  It has become a tradition for our group to take a leisurely stroll down the few blocks to the harbor for a luscious gelato (chocolate for me, of course) and cappuccino at Mi Kafe.  We sit and watch gleeful children playfully swim as gentle tides lap against the sides of the boats anchored at bay.  If we are lucky, we catch a glimpse of the oft-lingering sea turtle who I have affectionately (and arbitrarily) named ‘Fred.’  One could stay in this place forever!