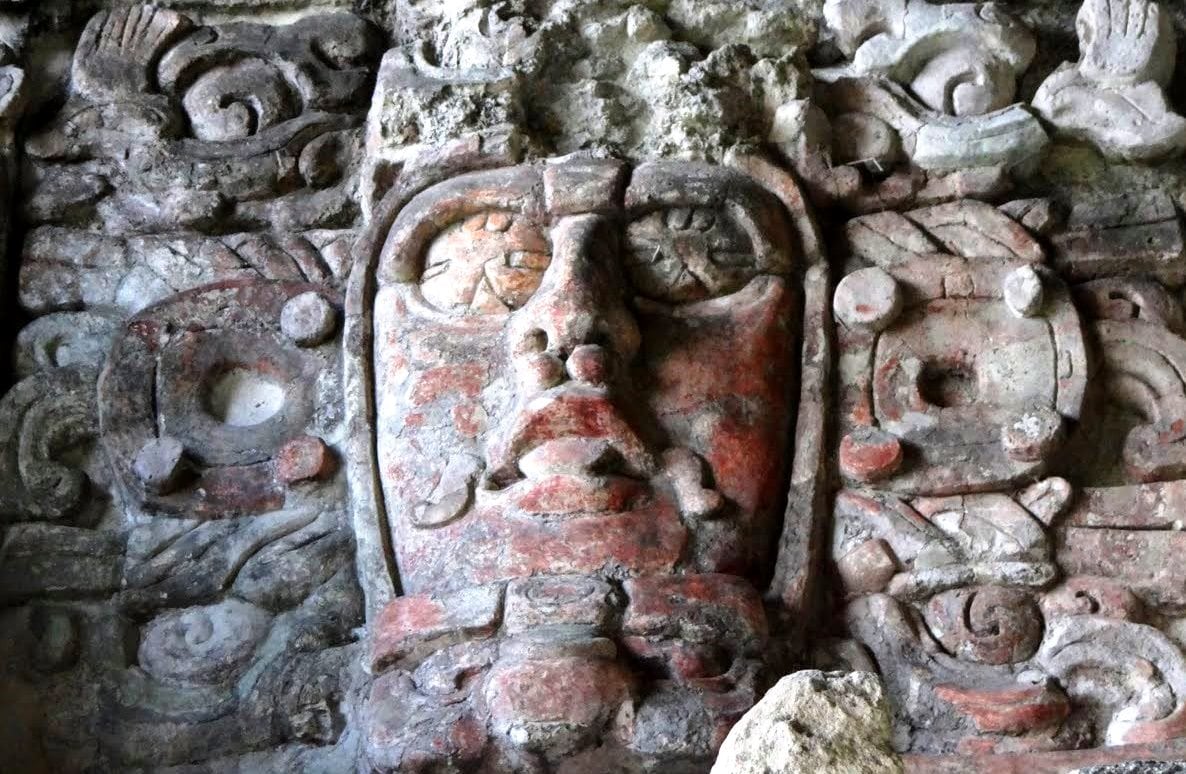 Deep in the remote southern area along the border with Guatemala, recent excavations have exposed remains of pyramids and cities that until recently, were nearly impossible to reach. Hieroglyphic texts found here are changing our knowledge of the Maya by revealing history that has been hidden for more than one thousand years.

So what is the Maya Hieroglyphic Writing System?

Maya hieroglypic writing is actually one of the most visually striking writing systems of the world. It’s very complex with hundreds of unique signs or glyphs in the form of humans, animals, supernaturals, objects, and abstract designs. These signs are either logograms (to express meaning) or syllabograms (to denote sound values), and are used to write words, phrases, and sentences. In fact, the Maya can write anything that they can say!

And who were the Maya?

Generally, they were not a single people but many nations with different, but related, cultures, religions, and languages.

“Of the many Maya languages, only two (possibly three) were written down with the hieroglyphic system. It is thought that speakers of the Ch’olan language, and possibly also those of the Tzeltalan language, were the inventors of the Maya writing system.

Another group, the speakers of Yucatec, adopted the script to write their own language. However, in some places, both languages were represented on hieroglyphic inscriptions, which not only stumped archaeologists for many years but also offered tantalizing clues into how Maya languages have interacted.”
How are Glyphs constructed?

The glyphs normally appear as very intricate squares laid out in a gridlike pattern. However, each square is a glyph block that actually contain one to five glyphs, often forming a word or even a phrase. The first set of glyphs in the Maya writing system is the numeric glyphs. The Maya wrote their numbers in positional notation, just the way we do. They also understood the use of zero and had a glyph that represented it.

However, our system is based on powers of 10, while the Maya (and Mesoamericans in general) used powers of 20. The Maya also created an intricate calendar system. Sometimes Maya time-keeping tracked and celebrated astronomical events, and sometimes it followed abstract time intervals.

The Maya used a 365-day solar calendar (jaab’) and a 260-day ritual cycle (tzolk’in). The jaab’ is divided into 18 “months” of 20 days, plus 5 “unlucky” days at the end called way’. Maya civilization was rediscovered by John Lloyd Stephens and his talented artist companion Frederick Catherwood in the mid 19th century. Their books were bestsellers and the drawings created by Catherwood are still extremely accurate.