Unlocking the past in Mexico City 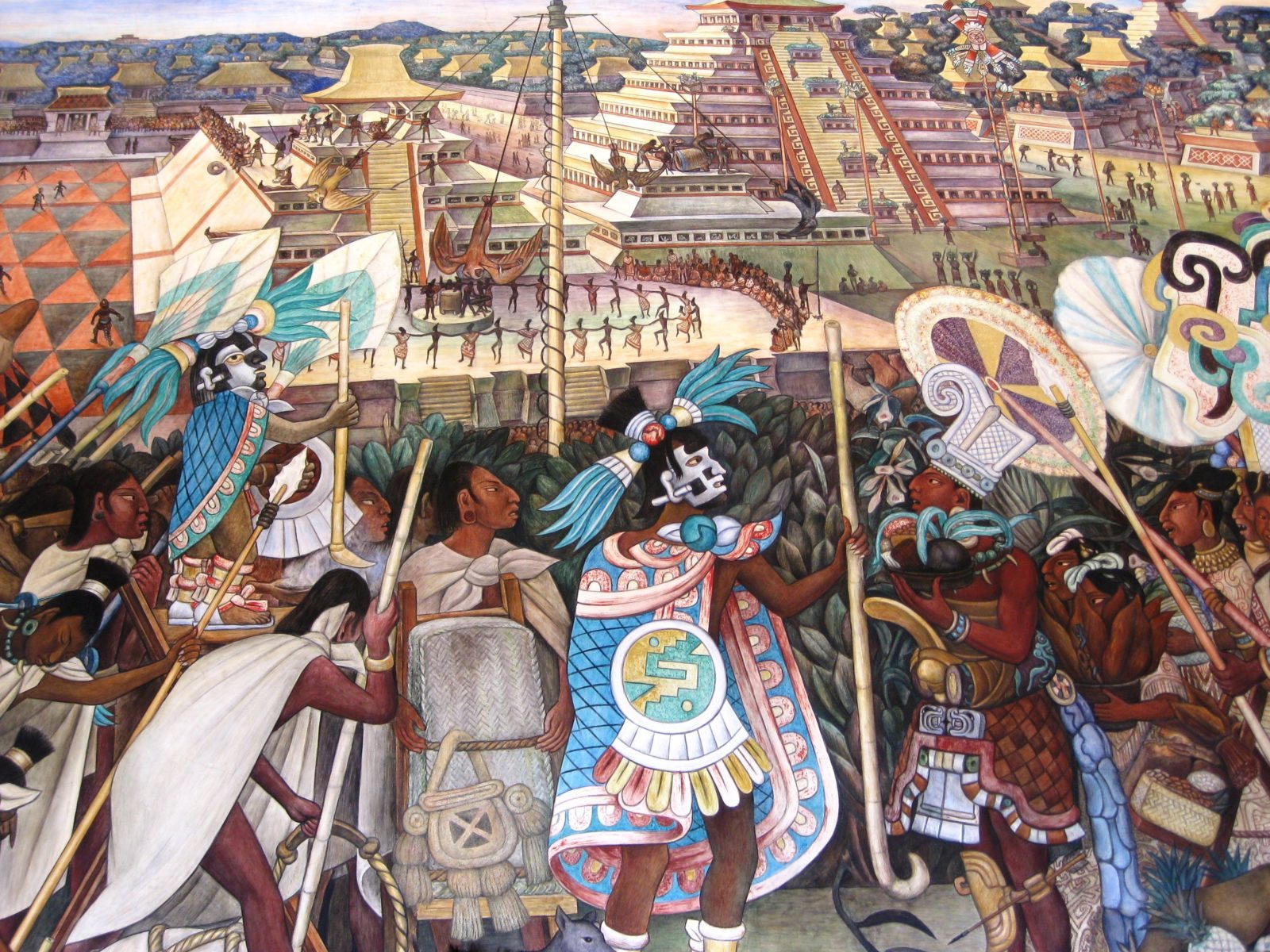 Mexico City is bursting with color!  From the purple-blooming Jacaranda trees that line Reforma Avenue, to the yellow and orange dome that tops Palacio de Bellas Artes, everywhere you turn you are acutely aware of how this place epitomizes sun and life. Bustling streets and welcoming smiles are further evidence of the city’s vibrant modern culture, yet just around a simple street corner you will find remnants of one of the most powerful and influential empires the world has ever known.

Nowhere is Mexico’s glorious past more brilliantly depicted than at Palacio Nacional (National Palace), the once residence of colonial viceroys and now home to the famous Diego Rivera murals. Rivera left an indelible stamp on history with these colossal works of art, which vividly chronicle such important events as the Legend of Quetzalcoatl, Cortez’s conquest of the Aztecs and the Mexican Revolution; all masterfully woven together in his pièce de résistance, the “Mexico Through the Centuries” mural, condensing over 2,000 years of history and political themes onto one wall. Each character seems to have a story to tell:  the mestizo baby with dark skin and piercing blue eyes who stares hauntingly as you walk by; Frida Kahlo’s eminent yet solemn portrait that seems somehow usurped by that of another woman (Rivera’s lover); the hardened farmer dutifully harvesting his crop with a symbolic sickle. It’s no wonder people spend countless hours gazing studiously at these paintings, trying to unlock the narratives and subtleties that Rivera so cleverly wove into his works.

Exiting the National Palace I find myself on the zócalo just as the bells from the Metropolitan Cathedral – the oldest cathedral in the Americas – chime the noon hour. I turn right and walk only a short distance where the ruins of Temple Mayor and the great city of Tenochtitlán casually lie. But that’s a whole other story…

Travel with Far Horizons’ on Central Mexico’s Toltec Heritage trip – led by Dr. Stanley Guenter – to explore the extraordinary sites in Mexico City and much more.