The World of the Maya 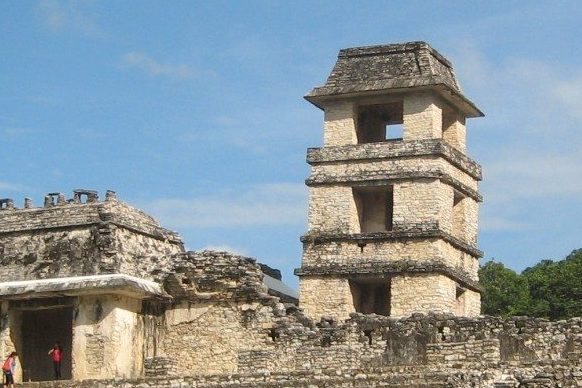 Pity the poor Maya archaeologists of yore who hacked their way through the dense tropical jungles of Honduras, Guatemala, and Mexico for days, searching for some source of water to slake their parched throats or for a bite to eat. They possessed almost no understanding of the history of the Maya or even the belief that the Maya inscriptions contained any information except for some calendrical notations.

This is the thought that occurred to me on the Far Horizons’ Capital Cities of the Ancient Maya tour last February as I gazed over the Copan Valley at the ancient site of Copan from a small restaurant serving up heapings of a variety of traditional foods cooked over a firewood stove, each dish better than the last. And to think that we would have to get up in the morning and take our air-conditioned comfortable bus from our luxury hotel to the incredibly well-maintained site of Copan.

Stanley, our archaeologist guide read off the hieroglyphic inscriptions on the stelae at Copan like they were this morning’s news, bringing to life the ancient kingdom’s struggles with Quirigua and Tikal. From to Copan’s arch rival Quirigua and then off to the mighty Tikal. The history got deeper and deeper. Down the Usumacinta River in a boat and then off for Palenque. The hardest part of the trip for me was calling my wife enduring Boston’s winter to let her know which great site, hotel, or restaurant we had just been to (we had both thought when I left for the trip that I would be roughing it in the jungle).

I had such a great time I signed up for the Hidden Maya Cities of the Yucatan tour, which left a few weeks later. Stanley again was the archaeologist guide. Yes, archaeologists of yore are probably better off not knowing about these Far Horizons trips. But for us – what a treat!

Travel with Far Horizons on Capital Cities of the Ancient Maya!