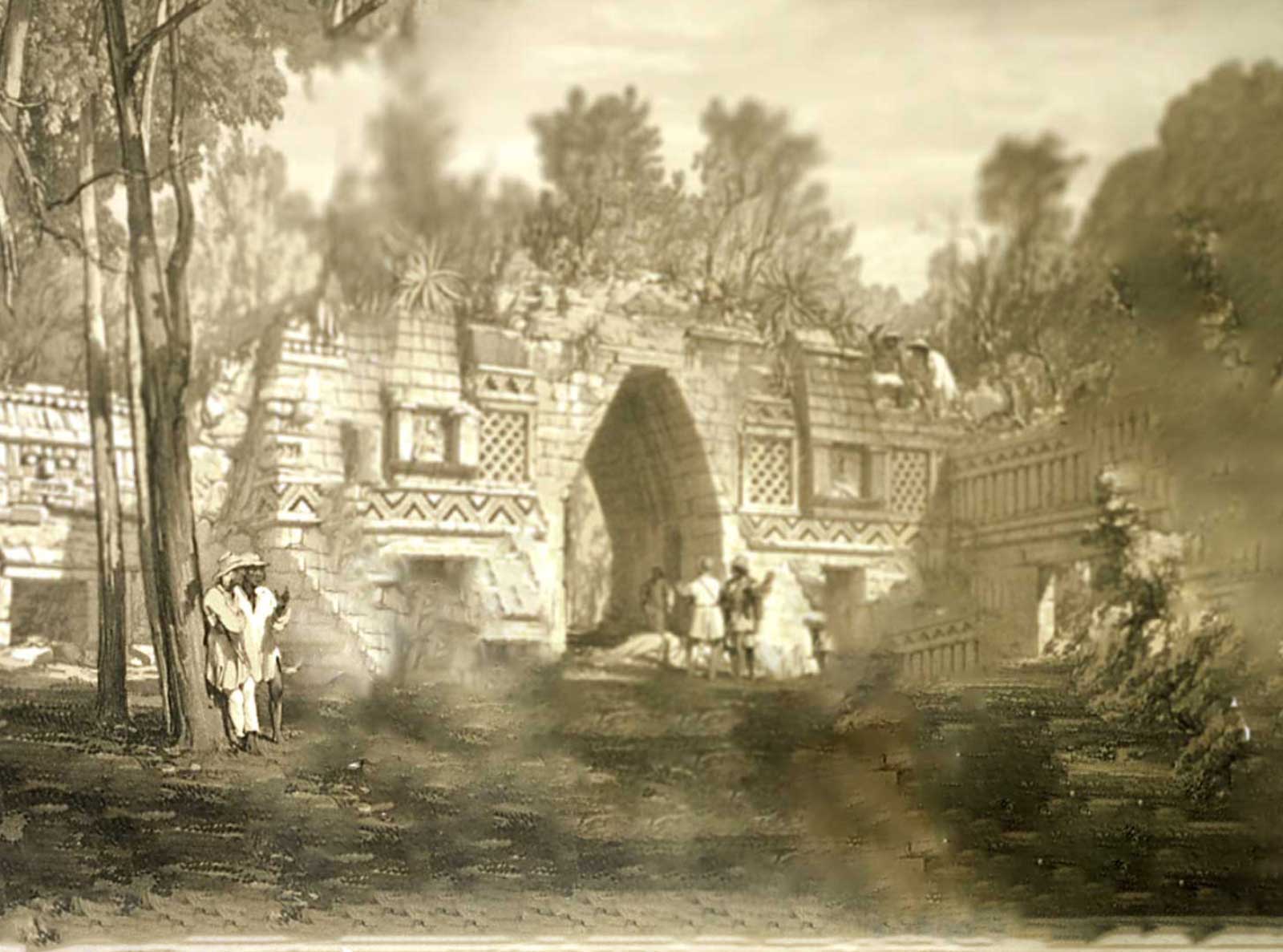 Who was Frederick Catherwood?  Here’s the incredible story…

One day in 1839, English explorer Frederick Catherood and American explorer John Lloyd Stephens climbed the crumbling steps of the pyramids in the Maya city of Copán.

The pyramids had been overgrown by the jungle and even the inhabitants of the region forgot about their origins.

These two were the first Westerners to be aware of what was before them!  They explored the immense terraces, magnificent temples, and palaces that were mysteriously abandoned centuries earlier.

The city had been ignored by the Spanish conquistadors and so thick vegetation covered these treasures.

You can imagine their excitement, as Catherwood and Stephens studied inscriptions in an incomprehensible language, and discovered stone carvings with outstanding workmanship.

As a faithful and intrepid traveler who is drawn to archaeological tours, you may easily qualify for membership in the Frederick Catherwood Society.

You will automatically become a member of the Frederick Catherwood Society when you register for a second trip with Far Horizons within a 12 month period. And, for this second archaeological trip, you will receive a 5 percent discount on this trip’s cost.

For more information go to “The Frederick Catherwood Society”