Who were the Toltecs? And why are they so mysterious? 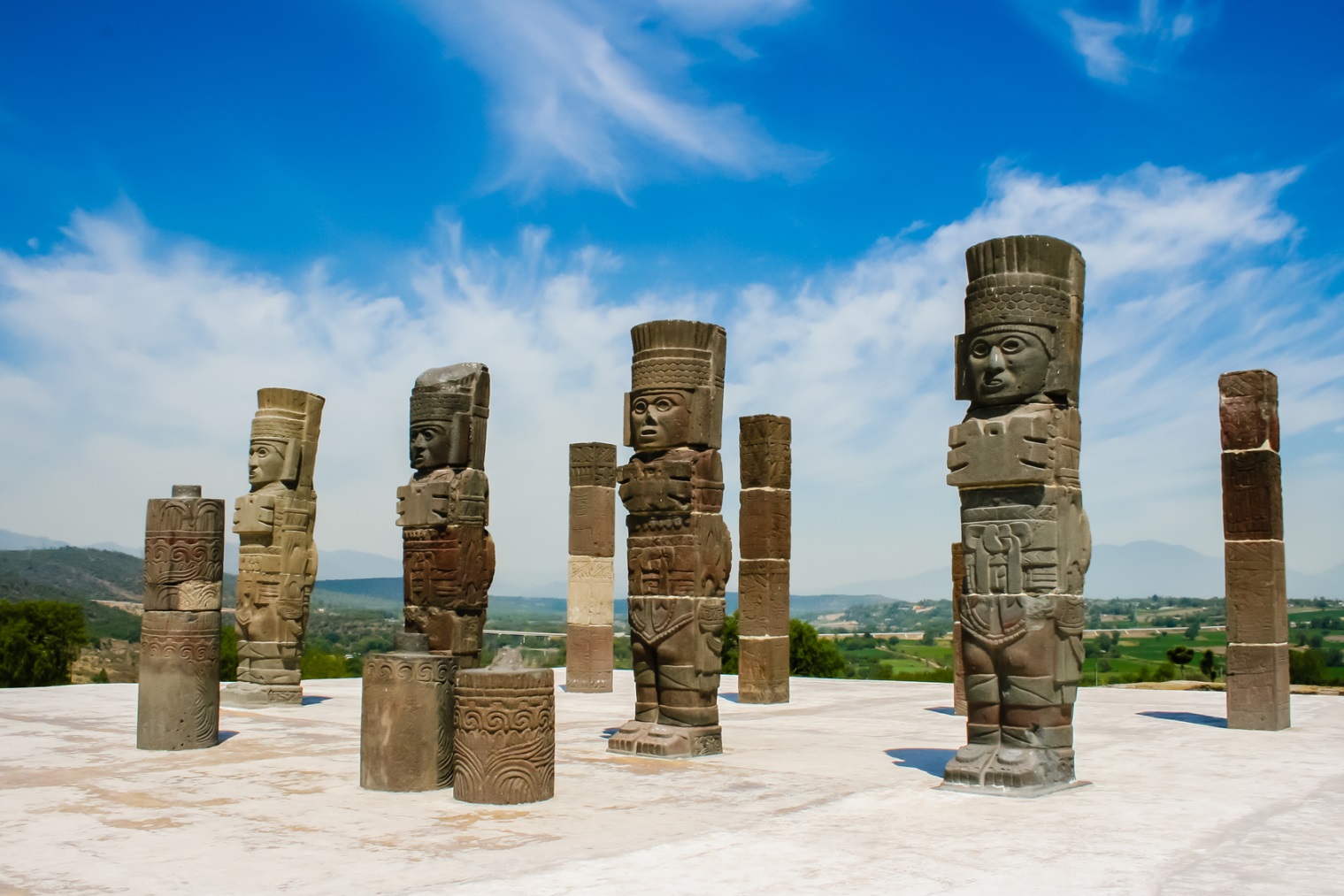 The Toltecs are the most mysterious and controversial group from ancient Mesoamerica. The interpretation of their importance to the greater cultural traditions of the region have ranged from seeing them as the “mother culture” from which all others sprang, to a group that didn’t even exist historically and were nothing but a figment of the Aztec imagination!

Far Horizons will take you to the “out of the way” areas of Central Mexico in search of this fabled culture. We will visit Tula, the legendary capital of the Toltecs. Tula is thought to be Tollan, the fabled capital of the Toltec Empire founded about 750 AD as the Tenochtitlán Empire was collapsing.  Surviving architectural sculpture on the impressive main temple is stunning. The roof would have been held up by still-standing columns of warriors dressed for battle with ornate headdresses and carrying an atlatl, or spear-thrower. Friezes on the walls show scenes of war and sacrifice, including images of eagles with hearts in their mouths

Our adventure also includes the great cities that preceded – Cacaxtla with beautiful Maya – like murals, the UNESCO World Heritage Site of Xochicalco and, of course, the great city of Teotihuacán.

According to the Aztecs, Teotihuacán was the birthplace of the gods, and the site where the Fifth Sun first emerged from fire and rose to the sky. Then we continue to the great sites of the Aztecs who wrapped themselves in the cultural mantle of the Toltecs as they formed their own empire in Central Mexico – the Aztec capital city of Tenochtitlán; Xochimilco, a UNESCO World Heritage Site; and Malinaco with its dramatic Temple of the Eagle and Jaguar Knights.

There is so much more! Join us on a fascinating trip exploring the archaeology, history, and modern culture of one of the most important cultural regions in the Americas!