Who Were the Hittites? Discover Western Turkey 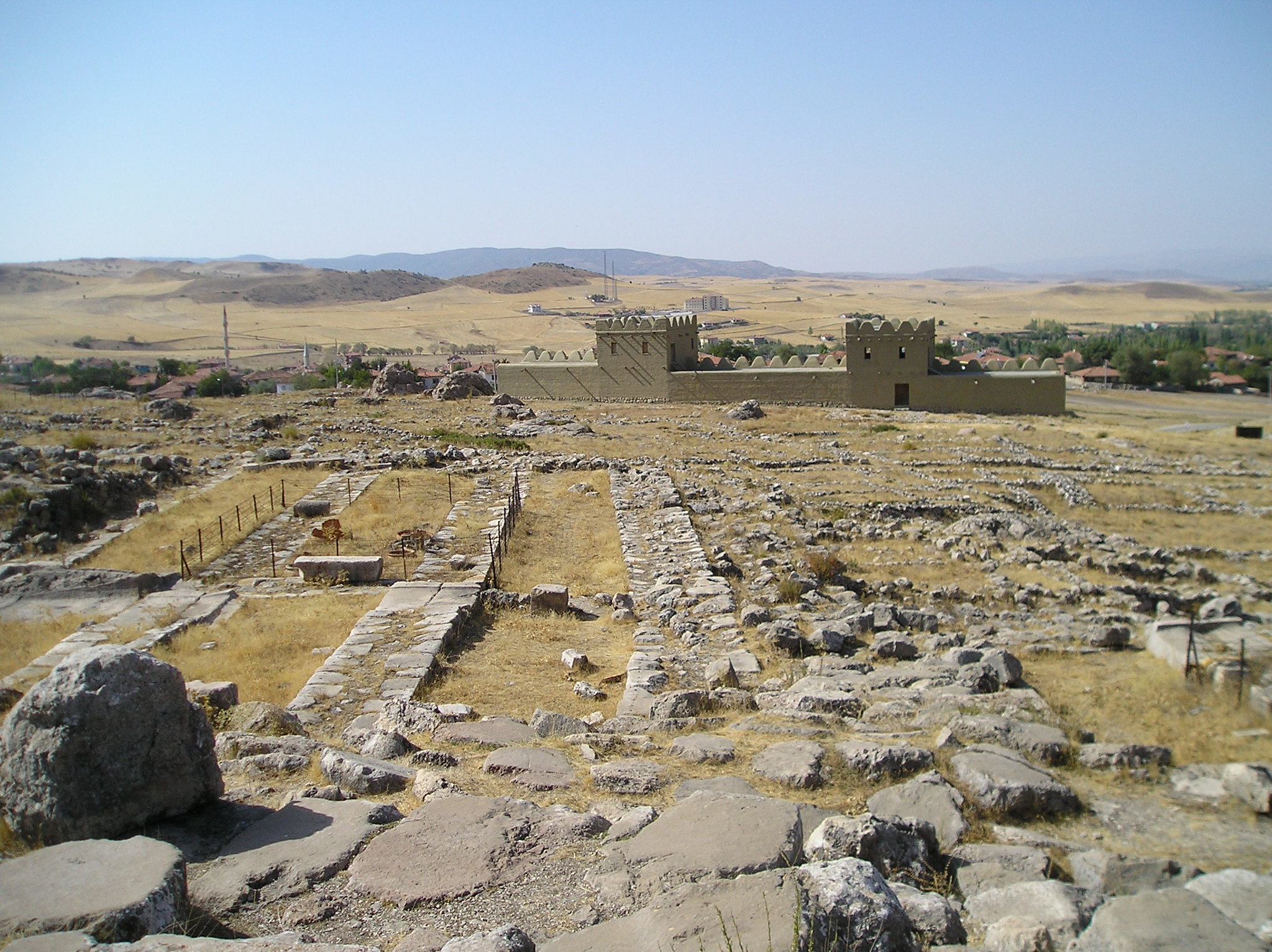 Until the 19th century, this once great empire was shrouded in mystery. The little knowledge we had of the Hittites came from references in the Old Testament and a few documents from Egypt.

As more archaeological evidence was discovered, historians and archaeologists have built up a bank of artifacts from the Hittites and their civilization. Many of these are now located in the Museum of Anatolian Civilizations in Ankara, which traces the origins and rise of this empire.

Learn about the Hittites and more on Far Horizons’ Western Turkey Tour. You’ll visit nine UNESCO World Heritage Sites over the 17-day tour, including Hattusa — the former capital of the Hittite empire.

Led by scholar Professor Jeremy McInerney, you’ll travel from Ankara to Cappadocia, Sagalassos to Pergamum, and Assos to Istanbul in our tour that reveals the texture and hue of Turkey’s history unforgettably.

If you’re in the planning stages of your vacation or would like to talk more about the sites we’ll visit, please get in touch. Our team of experts is here to help make your trip as easy as possible, so you only have to worry about enjoying the archaeological sites of Turkey.

But, for now, let’s take a look at the historic Hittite empire and explore Western Turkey’s must-see places virtually.

Who Were the Hittites?

Archaeological evidence suggests that the Hittites once occupied Anatolia before 1700 BCE, also known as Asia Minor which is now modern-day Turkey. Scholars believe their culture developed from the indigenous Hatti people.

Their territory expanded into northern Syria and reached Lebanon. The Hittites expanded successfully at such a rate that their empire even threatened Egypt. At its height during the mid-14th century, the Hittite kingdom was led by Suppiluliuma I (1344-1322 BCE) and his son Mursili II (1321-1295 BCE).

From archaeological evidence, we know that the Hittite language was written in both hieroglyphics and cuneiform script and is one of the earliest Indo-European languages. The complex script was only deciphered in 1915.

The Hittite kingdom collapsed at roughly 1200 BCE and the Hittites were driven to the north and east of Adana (modern-day southern Turkey). Here they created small city-states and occupied them until the 8th century BCE when evidence of the kingdom ceased altogether. 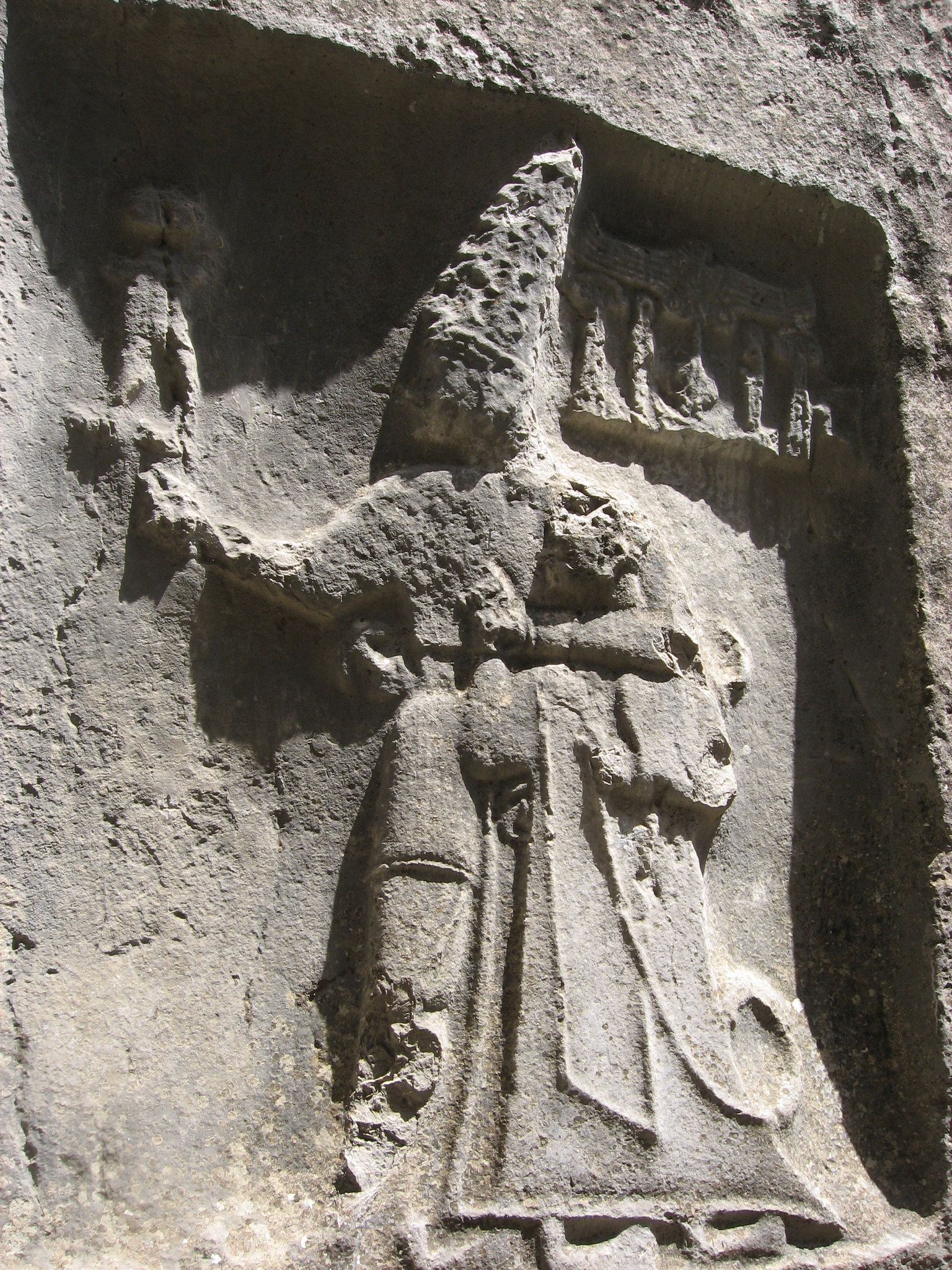 Explore Hattusa, the Capital of the Hittite Empire

Discovered following excavations in the 19th century at modern-day Bogazkale, the earliest traces of the Hittite settlement at Hattusa remain. Now designated a UNESCO World Heritage Site, this former fortified city has plenty of secrets.

The ruins of the city walls, gates, temples, and palaces awaiting the visitors today provide a comprehensive picture of the Hittite capital in the 13th century BCE.

Former kings lived inside the ancient walls and Hattusa used to be the central administrative seat and cultural center of this empire. One of the most important discoveries was the royal archives of 10,000 cuneiform clay tablets.

When translated, the tablets revealed themselves to be official correspondence and contracts, as well as legal codes. One particularly important tablet details the terms of a peace settlement between the Hittites and the Egyptians under Ramesses II, circa 1283 BC.

The tablets also detail procedures for cult ceremonies, oracular prophecies, and literature of the ancient Near East.

On Far Horizons’ Western Turkey Tour, you’ll visit the capital of the Hittite empire. The site has been dated back to the sixth millennium BC and the director of excavations at Hattusa will give an insider’s view of the Hittite capital from 1600 to 1180 BC on a private guided tour.

Read the Inscribed Rock of Yazilikaya

Yazılıkaya, or the “Inscribed Rock”, is located 1 mile northeast of Hattusa. This Hittite rock sanctuary is the largest of its kind in the known Hittite kingdom. The sanctuary once included a temple and two open-air chambers, all of which were carved into the bedrock.

Yazılıkaya acted as a site of celebration to welcome the New Year every spring. The festivities took place before the Hittite Pantheon in the open air. Walk amongst Chamber A and B to imagine this former sacred site lit up by torches.

The ceremonial importance of Yazılıkaya is visible in the remaining rock carvings across both chambers’ walls. Marvel at these beautiful Hittite reliefs that feature gods and goddesses, as well as the former King Tudhaliya IV 1237–1209 BCE.

After soaking up all the majesty of this site, the Far Horizons’ Western Turkey Tour will take you to dinner with members of the Hattusas archaeological project to digest delicious food and all you’ve seen in the day. 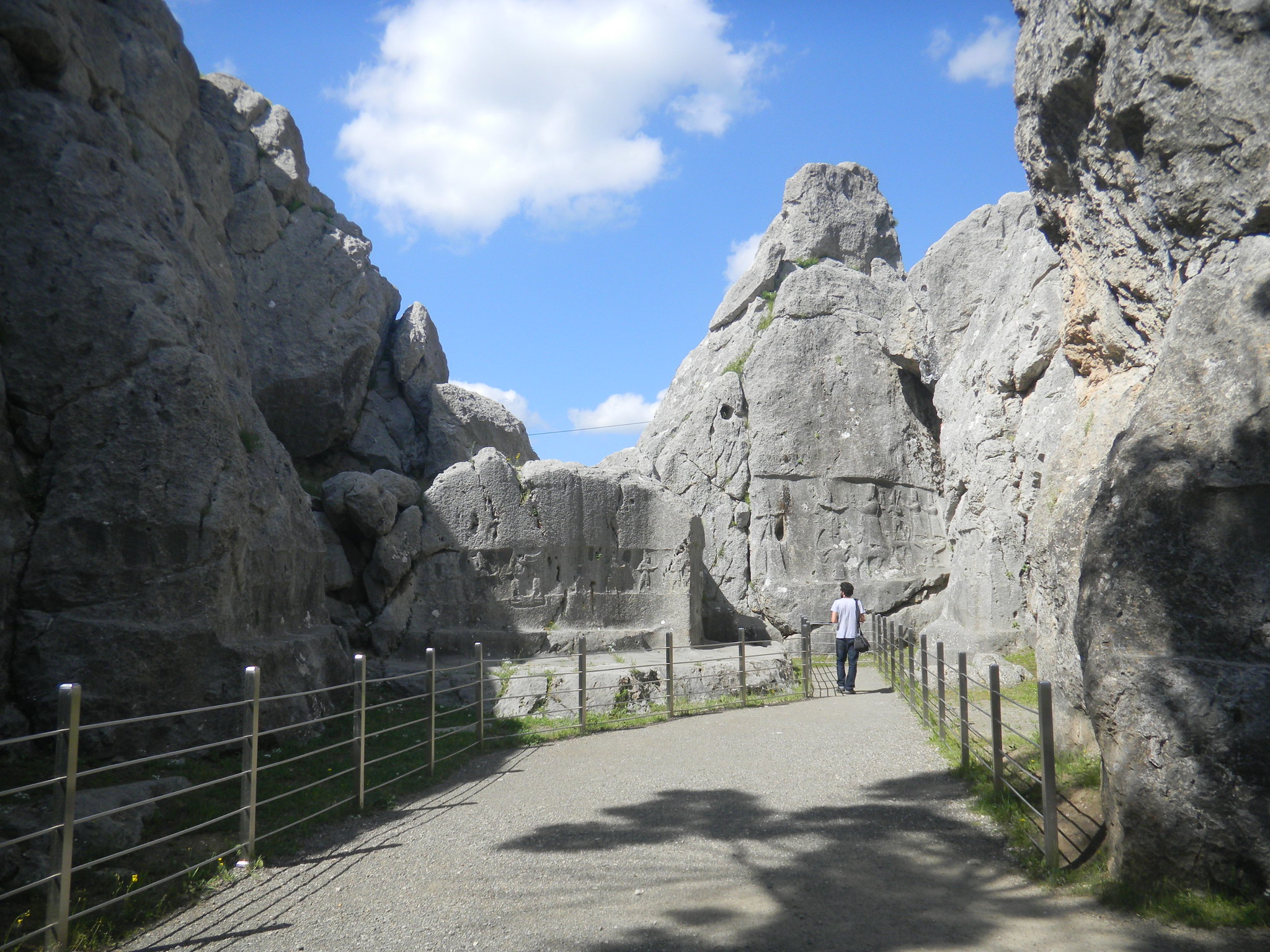 A Chamber at Yazılıkaya (Source | License)

Marvel at the Museum of Anatolian Civilizations, Ankara

There were massive excavations of the Hittite civilization and the discovery of 13 Hattian royal tombs. The society predates the Hittites but both groups occupied similar land spaces, such as Hattusa or Hattush, as it was so-called.

The Hattian royal tombs dated back to the bronze age, with artifacts found such as bronze sculptures of animals, like deer and bulls, as well as ceremonial symbols and sun disks. The exhibitions date back to the second half of the first millennium BC giving you plenty to enjoy.

Discover these treasures and a collection of Hittite art in the Museum of Anatolian Civilizations, which is housed in the restored Ottoman Mahmut Paşa bazaar that dates back to the 15th century. 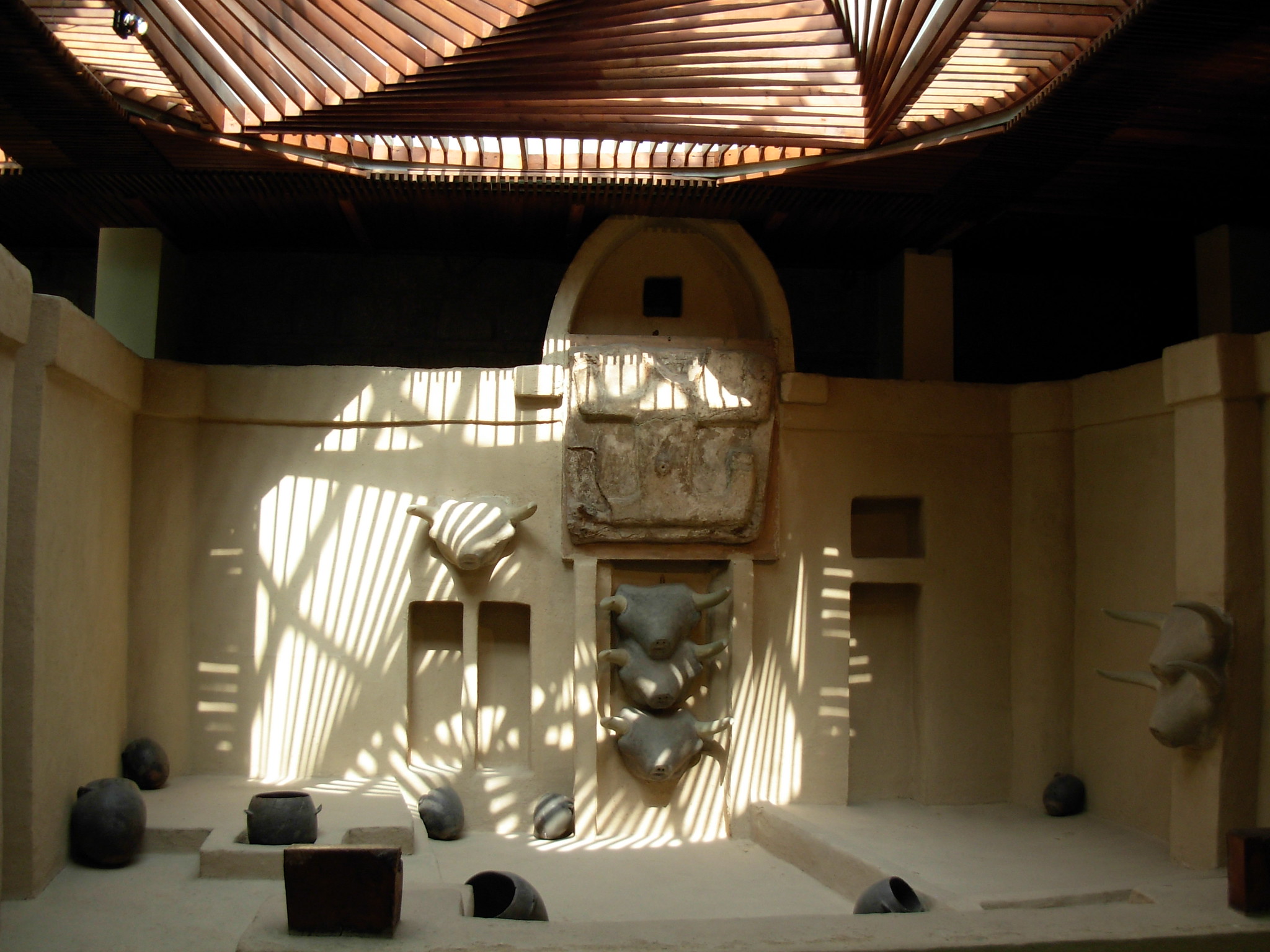 Discover the Ruins of Troy

For the final stop on our virtual tour of Western Turkey, we arrive in Troy. This UNESCO World Heritage Site is the site of the ancient Greek myth of the Trojan War.

Located in modern-day Hisarlik, this ancient city is just 3.5 miles east of the Aegean Sea. When it was initially discovered in the late 19th century, excavations revealed many levels of occupation that covered 3,000 years.

Historians believe it was potentially founded by Hittite King Tudhaliyas IV where it was encircled by over two miles of 4th-century BC walls. On our real-life tour, you’ll meet with one of the site’s archaeologists for a private talk about recent excavations and what they have revealed about the Hittite kingdom. 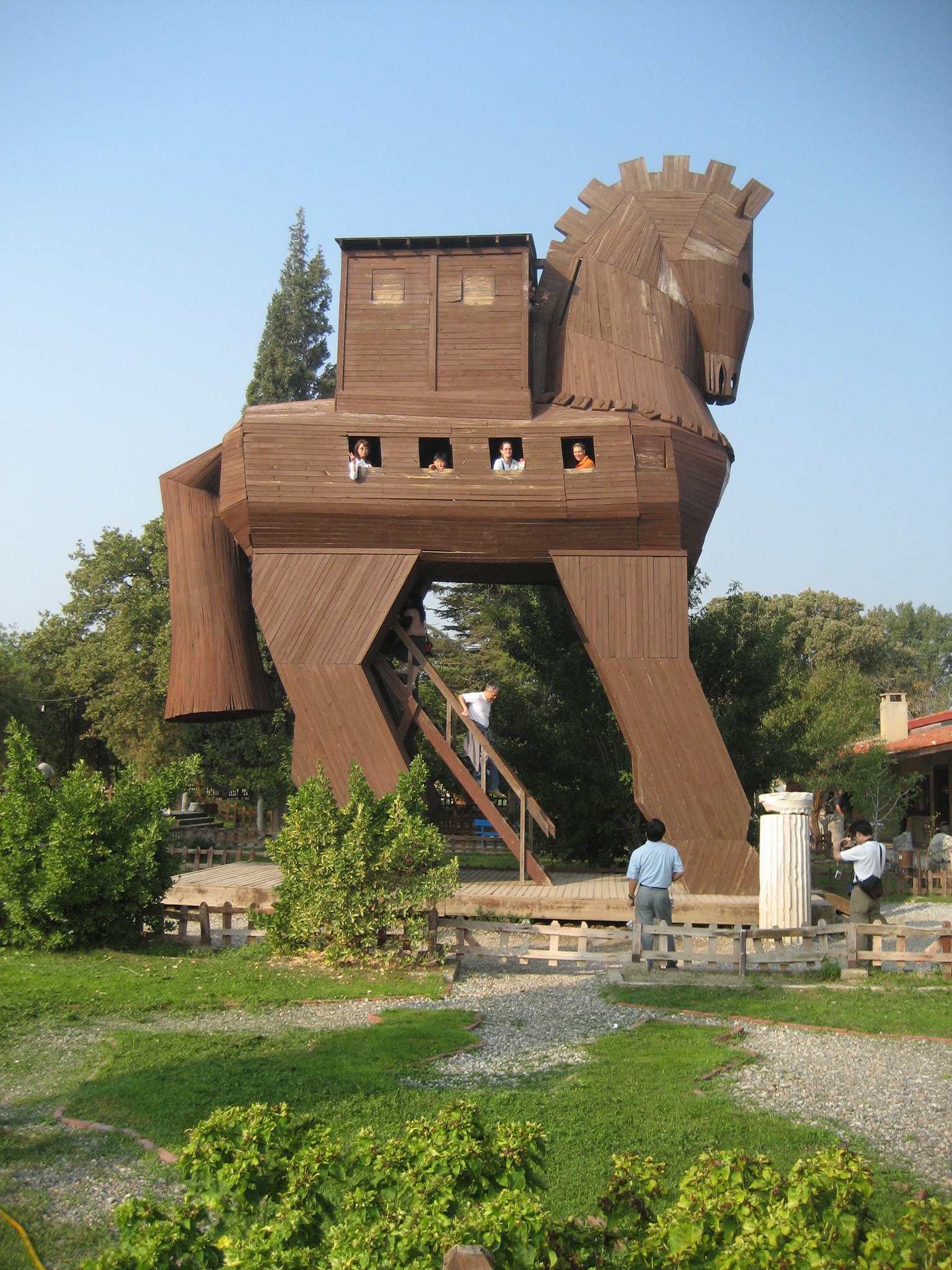 While that brings us to the end of a whistlestop virtual tour of the Hittites and their kingdom, there is all this and more on Far Horizons’ Western Turkey Tour. Take a look at our detailed 17-day itinerary to learn more about our epic archaeological adventure.

Start planning your vacation to the ancient Hittite empire and make your dream discoveries a reality on our specialist scholarly tour. As one of our visitors, Joseph Lambert said, Western Turkey was “One of the greatest travel adventures we have had.”

To find out more about this tour of the other archaeological sites we visit at Far Horizons, please contact us. Until then, happy travels!