Chaco Canyon – Did You Know? 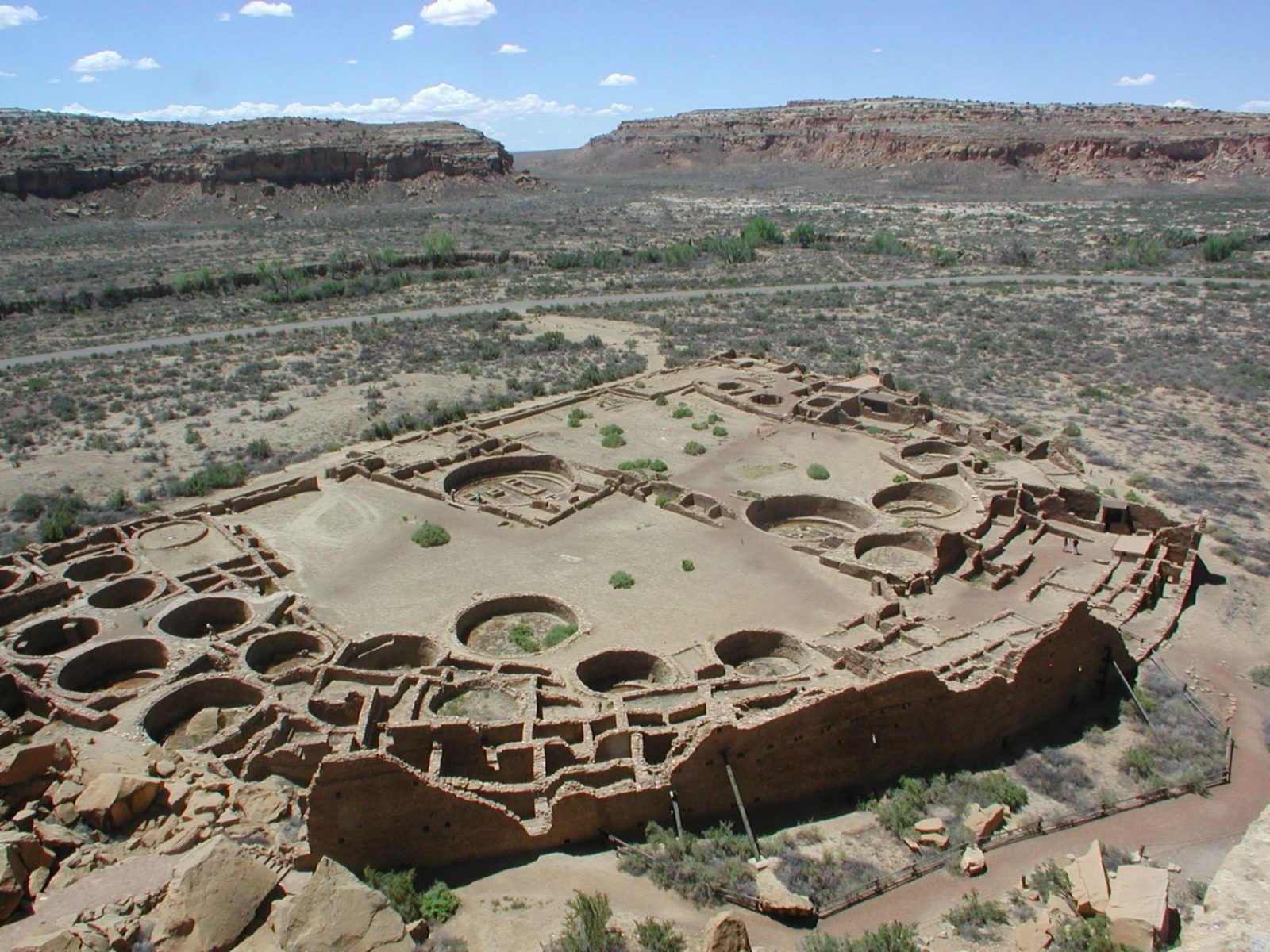 Located in the northwest corner of New Mexico, Chaco Canyon is 70 miles from the nearest town and reached only by rutted dirt roads. And yet, throughout the valley floor are vast stone edifices some towering as high as 4 or 5 floors and containing hundreds of rooms. These ‘Great Houses’ were remarkable engineering achievements that were linked to outlying communities by a wide-ranging system of roads.

Archaeological excavations have shown Chaco’s importance in vast trade networks. Exotic imports from southern Mexico include turquoise, shell, cacao, copper bells, and the remains of scarlet macaws.   And the sophistication of the former inhabitants is also shown in the many astronomical features. Petroglyphs found in Chaco Canyon and the surrounding area reveal knowledge of lunar and solar cycles, and many buildings are oriented to align with winter and summer solstices. High up Fajata Butte, located at the entrance of the canyon, spiral petroglyphs function as a solar marker.

Considered a home of their ancestors by Native peoples, Chaco Canyon is, without a doubt, one of the most impressive archaeological sites in the world.  Travel with renowned archaeologist, Steven H. Lekson, to Chaco Canyon on the American Southwest Tour, September 3 – 14, 2021.