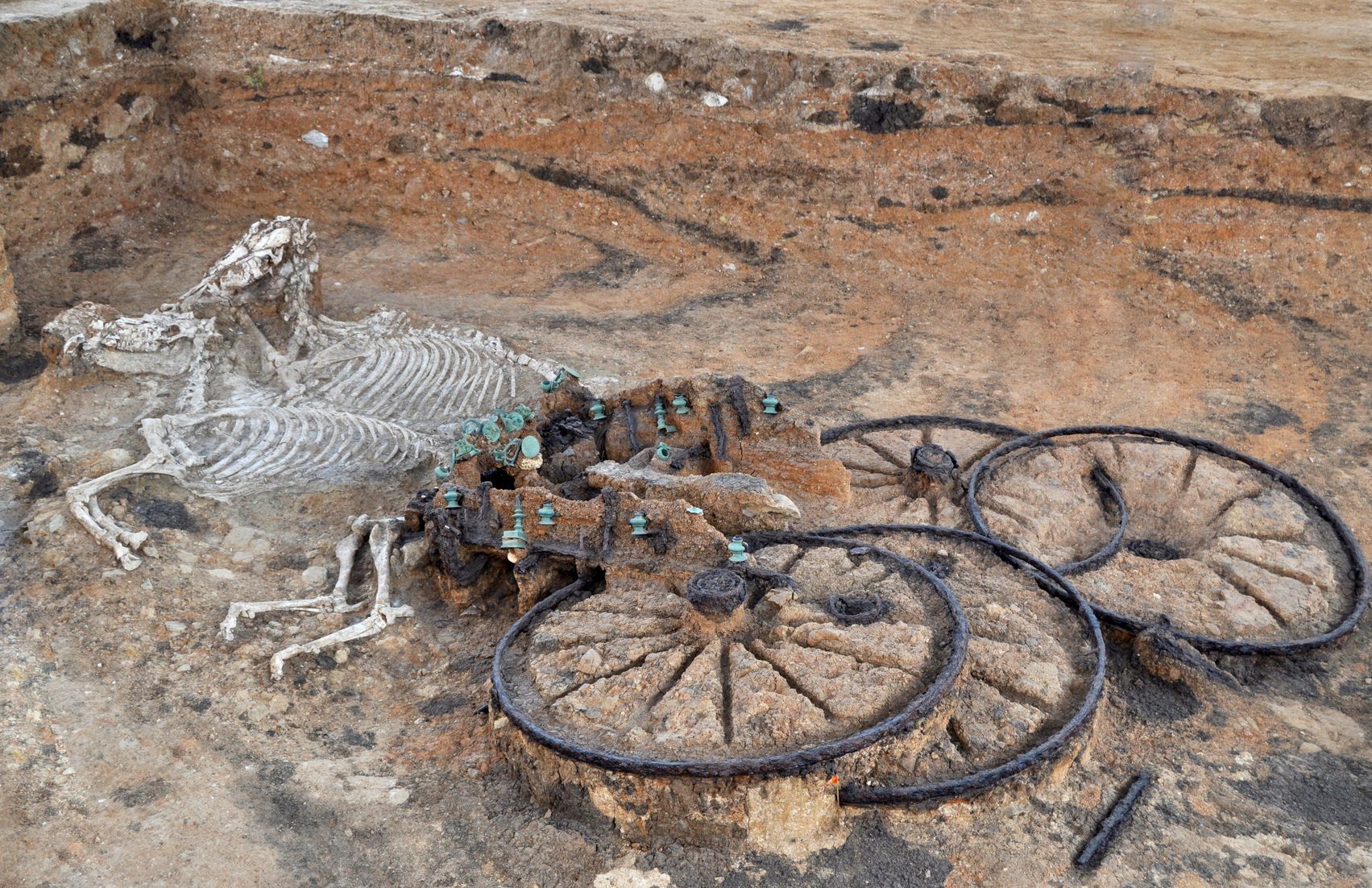 Bulgaria, bordered by Romania to the north, Serbia and North Macedonia to the west, Greece and Turkey to the south, and the Black Sea to the east, is a cultural melting pot.  Greek, Slavic, Ottoman, and Persian influences are displayed in their wealth of fascinating crafts, music, and dance. Orthodox Christians since the 9th century, rich traditions associated with their religious holidays are part of the Bulgarian culture.

As a crossroad of civilizations, Bulgaria has a plethora of archaeological remains, many unique to this country.  In 2008 archaeologists made a stunning and extremely rare discovery when an 1,800 year old chariot was revealed during excavations. The wheels still in place measured almost four feet in diameter. Covered with intricately carved bronze, the chariot had been richly adorned with scenes taken from Thracian mythology. Still in place next to it were the skeletal remains of two horses and a dog, and nearby lay the remains of a man, most likely Thracian nobility and the owner of the royal assemblage. Instead of moving the parts to a museum, they remain preserved in situ, and you can see this amazing find on our tour of Bulgaria.