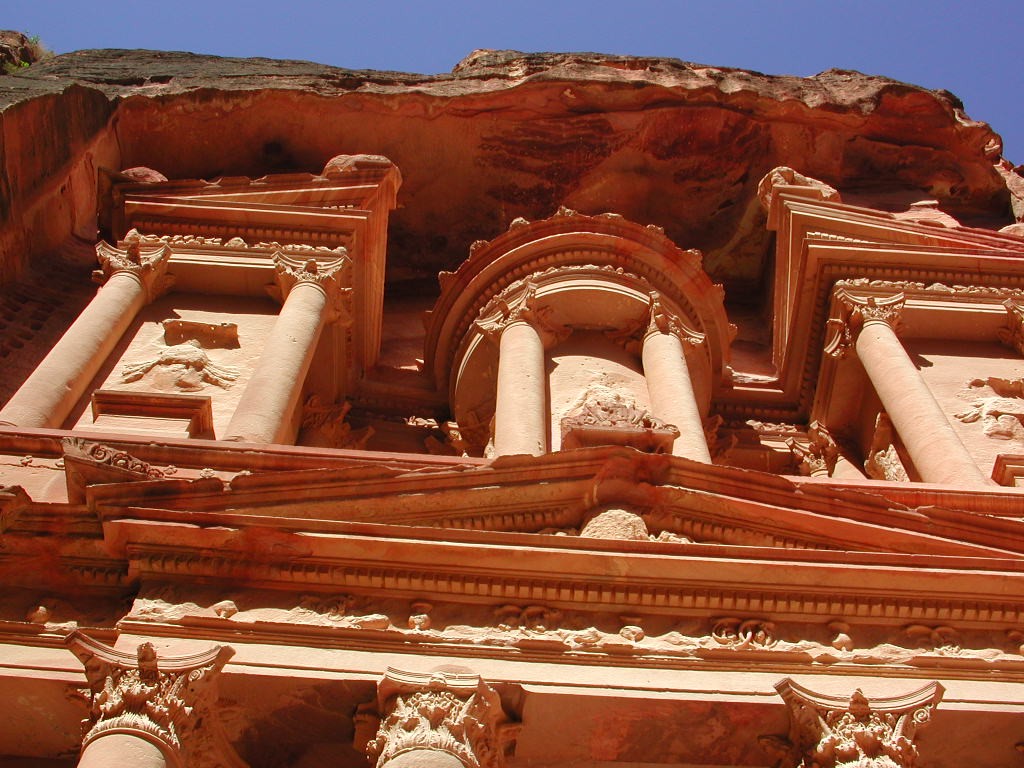 Far Horizon Archaeological and Cultural Tours journeys to The Royal Hashemite Kingdom of Jordan, a land that has preserved a remarkable character unlike any other in the Near East, with three  full days exploring Petra.

Ruled by King Abdullah, the people have an unparalleled reputation for hospitality, from the office worker in the city to the Bedouin in his desert camp. Parts of the country are so rich in archaeology that it is literally impossible not to step tens of thousands of years back into time

Literally carved directly into vibrant red, white, pink, and sandstone cliff faces, the prehistoric Jordanian city of Petra was “lost” to the Western world for hundreds of years.
Located amid rugged desert canyons and mountains in what is now the southwestern corner of the Hashemite Kingdom of Jordan, Petra was once a thriving trading center and the capital of the Nabataean empire between 400 B.C. and A.D. 106.

In 1985, the Petra Archaeological Park was declared a  site, and in 2007 it was named one of the new seven wonders of the world.

As part of Far Horizons’ unique itineraries, we’ll also visit ACOR, the American Center of Oriental Research, where we will enjoy a private tour of collections, including the intriguing Petra Scrolls.

Our Tour Leader is Professor Gary Rollefson, who discovered the Ain’ Ghazal statues.  “Gary’s knowledge about the archeological history of Jordan, based as it was on his own endeavors over 30 years in the field, was refreshingly shared without professorial pretense.   Gary encouraged questions and answered all in a manner that furthered discussion.  When we told a Jordanian friend who we would be traveling with, she told us that we couldn’t have asked for a better leader or a more amiable traveling companion.  Kudos for connecting us with Gary.”  – Marolyn Hatch

For the full itinerary visit https://www.farhorizons.com/trips/jordan/.