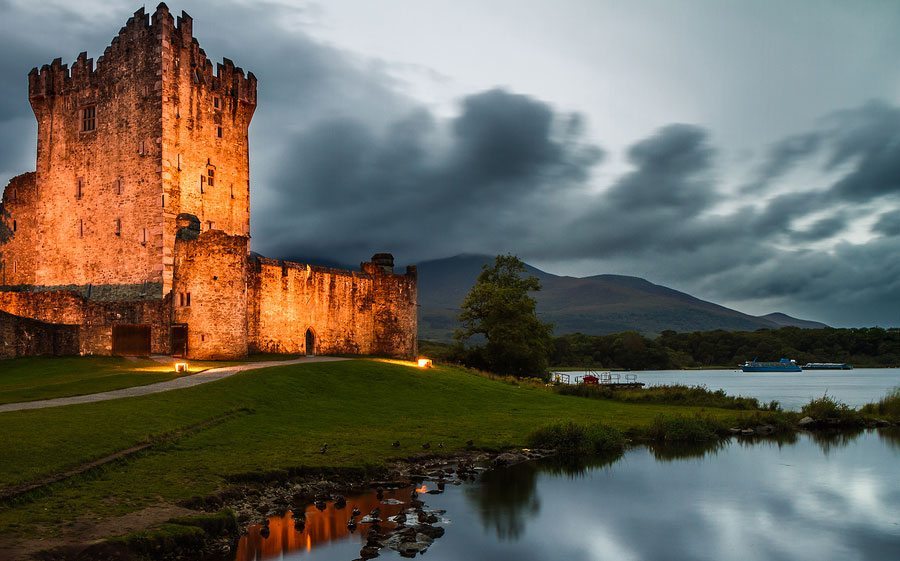 Co. Clare Cave is the site of a remarkable archaeological discovery!  And now the date of human existence in Ireland has been pushed back 2,500 years!

What does this mean?  A rewriting of Irish archaeology and a new chapter in the human colonization of the island.
What did they find?  Radiocarbon dating of a butchered now establishes that humans were on the island of Ireland some 12,500 years ago – 2,500 earlier than previously believed.

Before this, the oldest evidence of human occupation was at Mount Sandel in Co. Derry.  This site has been dated in the Mesolithic period, illustrating that humans were on the island for 10,000 years.

However, new analysis of the bear patella – or knee bone – which has been stored in a cardboard box at the National Museum of Ireland for almost 100 years, gives us undisputed evidence that people existed in Ireland during the preceding Palaeolithic period at 10,500 BC, some 12,500 years ago.

This is a major breakthrough for archaeologists who have spent decades searching for earlier signs of human occupation on the island.

Join Far Horizons Archaeological and Cultural Trips and only 6 others to experience and tour the rugged beauty of Ireland on this 16-day trip. Journey around the island, beginning and ending in bustling Dublin city tour, staying in cozy local inns along the way.

Wander the lush landscape and soak in the complex cultural heritage of this land while exploring megalithic passage tombs, cairns and stone circles as well as castles, churches and abbeys. A tour both of Ireland’s UNESCO World Heritage Sites, Skellig Michael and Brú Na Bóinne, as well as the Co. Clare Cave!

Visit our full itinerary at https://www.farhorizons.com/trips/the-archaeology-of-eire