Essential Sites to See on an Archaeology Tour of Peru When you think of archaeological sites in Peru, Machu Picchu and the Inca Trail will likely come to mind first. And that’s understandable given their iconic status. But as one of the six cradles of civilization, Peru is practically overflowing with fascinating relics and ruins from ancient cultures.

As part of our tours of the Americas range, our expeditions to Peru are created by visionary staff and led by renowned scholars. Our tours are as educational as they are adventurous, and the small groups create great camaraderie.

Whether you’re touring Peru or partaking in any of our other worldwide tours, we ensure you come away with a more in-depth understanding of enchanting cultures, past and present.

Are you ready to feed your wanderlust? Get in touch with our team for more information about any of our tours.

For now, though, let’s focus on some of the best sites to see on an archaeology tour of Peru. 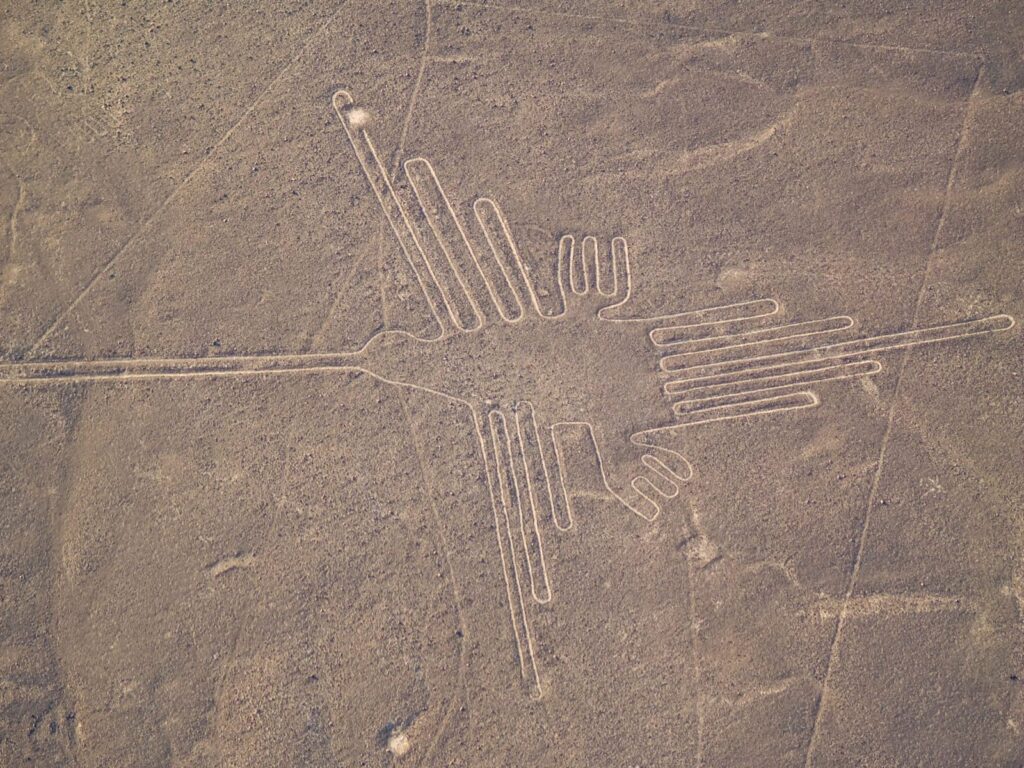 Feel the Mystery of the Enigmatic Nazca Lines

The more you hear about the Nazca Lines, the more incredible they become.

The Nazca people etched these vast geoglyphs into the subsoil of Pampa de San José. Most estimates date them back to between 1 and 700 AD.

In total, the Nazca Lines are composed of more than 10,000 lines and cover an area of almost 1,000 sq. kilometers. Some individual lines measure 30 meters in width and run for over 9km.

There are approximately 300 different figures, including plants and animals. While some of the depictions are visible from surrounding hilltops, the best way to view the Nazca Lines is from the air.

It’s not entirely clear why the Nazca people made these etchings, but most research suggests they were central to prayers for rain and deity worship.

Hike Up to Majestic Machu Picchu

Machu Picchu is synonymous with Peru and the ancient Inca culture. Set high up in the Andes, Machu Picchu was constructed in the 15th century but only appears to have been used for around 80 years. It was quickly abandoned due to the Spanish conquests elsewhere in the Incan empire.

And it lay lost until July 24th, 1911, when Hiram Bingham III, a history lecturer at Yale University, encountered it while climbing a mountain ridge.

Today, the site is primarily known for its jaw-dropping panoramic views. These mark a popular high point for many Far Horizons archaeology tours in Peru.

However, from an archaeological perspective, the sophisticated dry walling is just as impressive. This construction method fused huge blocks of stone without mortar joining them.

While Machu Picchu was a mountain-based citadel, its exact use remains a mystery. The buildings are laid out with astronomical alignments in mind, underlining the central importance of solstices, equinoxes, and other astronomical phenomena to the Andean culture. Comparing Kuélap to Machu Picchu feels somewhat inevitable. But that’s not to downplay its significance and impressiveness. After all, it’s one of the largest ancient monuments in the Americas.

Both Kuélap and Machu Picchu are perfect examples of how Andean cultures favored impenetrable, high-altitude locations for their cities. This is exactly the approach the Chachapoya took when choosing a leveled mountaintop for the site of Kuélap.

The Incas added buildings after conquering the Chachapoya, so the construction of this fortified city took place between 400 AD and 1493. The process involved heaving gigantic limestone slabs to the top of the mountain.

They were then used to build 20m-high perimeter walls and around 500 circular buildings. This citadel contained civic, religious, and military structures, as well as homes for the inhabitants.

In 2017, a cable car was installed, making Kuélap far easier to access.

Visit Caral, the Oldest Known City in the Americas

Caral, or the Sacred City of Caral-Supe, is considered the oldest city in the Americas. It’s also one of the oldest on record in the world.

As far as the American continent is concerned, no other site has uncovered such different administrative and ceremonial functions or a diverse range of monumental buildings as early as Caral.

The six pyramids here date back over 5,000 years. Caral is so well preserved, and so important in terms of its findings, that UNESCO declared it a Humanity Cultural Heritage Site. 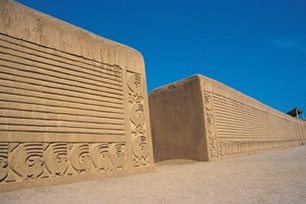 A stone’s throw from the Pacific Ocean, Chan Chan is the world’s largest Pre-Columbian adobe city discovered to date. This makes it a must-see site for any archaeology tour in Peru.

The Chimú culture constructed the labyrinthine corridors found here in 850 AD. At its peak, Chan Chan was home to approximately 60,000 people.

Located in the modern city of Trujillo, Chan Chan is another of Peru’s UNESCO-listed treasures. This vast city’s remains reflect a layout along social and political lines. The Chimú divided the site into nine independent units known as palaces or citadels.

Located near Trujillo, visitors can combine a trip to Chan Chan with the Huaca de la Luna and the neighboring Huaca del Sol.

These two imposing, mud-brick structures faced one another across the narrow streets, great avenues, and dwellings that made up the urban center of the Moche culture.

Today, visitors can only enter the Huaca de la Luna. Inside, well-preserved, polychrome friezes depict the story of the god Ai-apaec.

The Huaca de la Luna also reveals an uncomfortable truth about the Moche culture: this was a society that involved ritual human sacrifice.

One look around the arid, scorched sand in the vicinity helps to explain why: a lack of water. 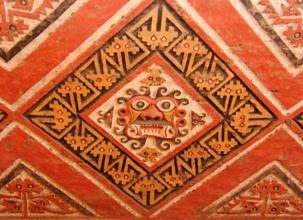 Learn More About Peru’s Ancient Past with Scholar-Led Tours

We hope this blog has piqued your interest in the endlessly fascinating world of Peru’s archaeological sites. You can rest assured that the above list barely scratches the surface of everything to see here!

From hiking trips along the Inca Trail to tours of archaeology sites in Peru belonging to the Incas and their ancestors, Far Horizons goes to great lengths to ensure you see and learn as much as possible in this amazing country.

If you have any questions about our tours in Peru, please don’t hesitate to contact us.